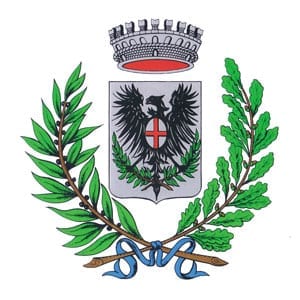 The name derives from Aquilia, indicating the Roman origins of the place; the village probably arose with the arrival of soldiers under the banner of the eagle, during the wars against the tribes of Liguria.

With its narrow streets, small squares overlooking the sea and mauve-pink houses, in the shadow of the monumental church of San Matteo, Laigueglia retains the charm of an old fishing village that most coastal towns of Liguria have lost.

Meanwhile, from the seaside, filled with colourful boats and nets, and from the wharf in process of regeneration, you can see the particular shape of this borgo that looks like an amphitheatre.

Of course, today the borgo is very different from the one portrayed in early twentieth-century postcards, when the first hotels were built. Here the ancient heart remains,  beating in its squares, streets, in the colour of the Saracen tower of 1564, so named because of the defensive position against the pirates (the only left of the original three). Laigueglia is not full of great works of art except for the parish church, but invites the tourist to search for expressions of local creativity that are all focused on the relationship with the sea.

Wherever you guide the eye, you can see the two bell towers of the church of S. Matteo, both topped by colourful majolica domes, and two crosses at the top of the towers follow the directions of north-west and south-west winds.

The parish church is the Baroque monument that best reflects the history of Laigueglia: the laying of the cornerstone of the new church occurred in 1715, when the reef fishing was at its peak and the population could afford to expand the old chapel dedicated to S. Matteo, that probably dates back to the fourth century. The church as you can see today is the result of different transformations that took place between  1754 and 1783, and a further restoration after the earthquake of 1887. It has a Latin cross plan and houses interesting works of art, including a seventeenth century painting of Our Lady of the Assumption by Bernardo Strozzi, a marble holy water font (1561), a precious polychrome wooden statue of Ecce Homo by Maragliano Antonio (1664 – 1739), a famous artist from Liguria, and a work by Benedetto Musso, a local painter who stands in the nineteenth-century Ligurian art for his unique lyricism. Illuminated at night, the church seems to keep a close watch over the borgo.

Worth visiting is the oratory of Santa Maria Maddalena (1616-34), belonging to the congregation of Disciplinanti. It preserves the original thick boards (XVII century), the marble altar by Dioniso Corte (1673) and the large altarpiece by Domenico Piola dedicated to the Penitent Magdalene (1676). There is also a precious seventeenth-century crucifix with silver trappings, and two ex-voto: one depicting the shipwreck of the coral boats (1682) and the other representing a pirate attack (1715).

From a ladder rising from Via Aurelia you get to the lonely chapel of Madonna delle Penne, built by the Catalans coral fishermen during the seventeenth century. It is so named for the inscription that was at the base of the statue: Nostra Señora de la Peña (Our Lady of the rock). The church rises on the rocks of the promontory of Capo Mele, a mystical place like few others, overlooking the sea. Votive offerings by sailors and fishermen are also to be found in the Church of the Immaculate Conception (1661), recently renovated.

In the borgo, Palazzo Piantelli-Musso (1698) is the building that best preserves the external appearance and the internal original plan. Also interesting are the architectural features of the seventeenth-century house in Via Dante, where Gio Batta Libero Badarò was born in 1798, a liberal and philanthropist doctor, who died in Brazil fighting with the natives against the imperial government; the municipality has dedicated to him the elementary school and the west promenade.

The baci, typical rose-shaped roll sweets prepared with almond and hazelnut with chocolate cream.
The gobeletti, short pastry sweets with a heart of jam.

What is “BORGO”. The literal translation of Borgo in English would be “Village”. But the term Village does not fully explain what a “Borgo” is. A “Borgo” is a fascinating small Italian town, generally fortified and dating back to the period from the Middle Ages to the Renaissance.
Category: Liguria24 February 2018