torre alfina
in the municipality of Acquapendente
(Viterbo District)
Altitude
mt. 602 a.s.l.
POPULATION
5800 (490 in the borgo) 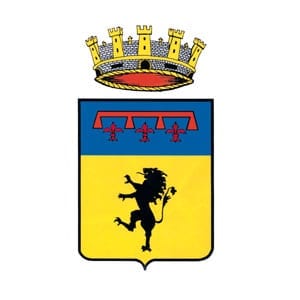 The borgo rose in the Early Middle Ages around an ancient turret placed on the top of the Alfina plateau.

The borgo of Torre Alfina (602 m. high) overlooks the surrounding landscape thanks to the strategic position  where the most ancient tower rose, which today is incorporated in the castle.

With the expansion of the borgo, the original fortress was fortified with a second ring of walls made of bastions, walls of houses and many gateways. Two of these gates disappeared with the renovation works of Marquis Cahen, while Porta Vecchia is still visible. The palace was built near the tower; and was the home to the successive Lords.

First was the Risentii family (century XIII), whose crest on the tombstones are still visible in the courtyard of the castle, then there was the Monaldeschi of Orvieto family, from the Cervara family’s side, who ruled this area from the end of the thirteenth century until the second half of the seventeenth century. The Renaissance style reconstruction of the original medieval castle was made thanks to Sforza Cervara, a former mercenary captain. Part of the inner courtyard, one of the wings of the building decorated with frescoes, some furniture and the coat-of-arms of the family remain from that period.

Preserved in the parish church are some works of art that were in the chapel. Two late XVI century paintings, a Deposition in which Sforza Cervara and his family are depicted whilst praying; a Nativity where it is possible to recognize the crests of the Monaldeschi Family and that of the Community, and two seventeenth century altar-pieces.

The Monaldeschi Palace was renovated by Edward Cahen. Various parts of the borgo were involved and completely transformed, such as the area that faces the entrance ramp to the castle or the one overlooking Piazza Sant’Angelo, which is occupied by a roof garden and by the entrance staircase. This colossal work, which carried on until the end of the 1920’s, was assigned to the architect Giuseppe Partini from Siena.

Edward Cahen never managed to see the castle finished but he wanted to be buried, in a mausoleum built in the same neo-Gothic style as the castle, covered in basalt and refined with travertine that was in the forest-garden, that he had made accessible with paths constructed among the rocks, of the Sasseto.

Rodolfo Teofilo, Edward’s son, completed this work by furnishing the castle with great refinement and style and by creating a large garden above the forest.

This dream was interrupted by the advent of Nazism,  racial laws and then by the war.  In fact the castle first became the headquarters of the Germans and then was plundered.
The marquis fled and died in Paris, leaving everything to Urbano Papilloud, the butler, who lived sporadically in Torre Alfina and finally moved to Geneva with his wife.

Today Torre Alfina is a village that flourishes once again exploiting its history and potential of clean air, greenery, cultural facilities and accommodation.

Sasseto is mentioned among the Italian Monumental Parks.

The Museo del Fiore and the ancient water mill, which has been recently restored, make the Park a gem in the Mount Rufeno Nature Reserve.

Inside the borgo you will notice  a series of ceramic plaques recalling the places that no longer exist, while the Chambre d’Amis is a permanent outdoor exhibition of contemporary art, that highlights its most significant corners.

The food and wine of this area are excellent, as in the rest of Italy, but here, already in the early sixties, the typical product was home-made ice cream, which attracted ice-cream lovers from Lazio and Tuscany.

During the low season the ice-cream makers are engaged in the careful selection of the best ingredients, such as Langhe hazelnuts, pistachios from Sicily and ricotta cheese from Lazio, to create an exceptionally creamy product, thanks also to the high quality of  the fresh milk and cream.

What is “BORGO”. The literal translation of Borgo in English would be “Village”. But the term Village does not fully explain what a “Borgo” is. A “Borgo” is a fascinating small Italian town, generally fortified and dating back to the period from the Middle Ages to the Renaissance.
Category: Lazio23 February 2018