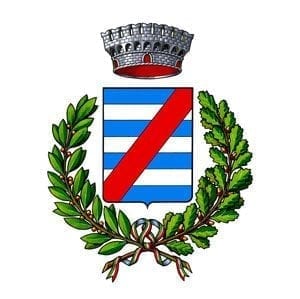 Varese takes its name from the Vara river that crosses the borgo and whose ancient name was Baron.

The best way to visit Varese Ligure is wandering along the paths that follow the ancient medieval roads and the river, surrounded by the woods on the rolling hills and climbing up to the peaks of the surrounding mountains.

This land, praised for its organic farming, is one of the most intact of the entire region. The rural architecture of Borgo Rotondo, with its houses with decorated façades, stones in chiaroscuro, together with the works of art that enrich its churches and palaces, are small treasures that make this place precious.

The itinerary starts from Borgo Rotondo which in its initial phase did not foresee the middle row of houses. The square, in fact, was occupied by the market and originally the XIII century settlement only had a defensive function, as can be seen by the elliptical structure and by the fact that the houses had no external openings. In the borgo the houses were all built in the same way: two floors, with the ground floor used for storage and the dwelling-place upstairs.

Just outside Borgo Rotondo you will see the castle, which today is a private property, with its tower dated 1435 and the cylindrical turret mast built forty years later.

Next door is Palazzo Ferrari, where Luigia Pallavicini and Domenico Ferrari celebrated their wedding in the private chapel, this event was immortalized in the verses of Ugo Foscolo.

The urban landscape is of great interest for its stone portals and churches, there were five of them during the seventeenth century. Inside the central plan of the Church of San Filippo Neri and Santa Teresa D’Avila which was consacrated in 1676, you can admire the San Francesco Saverio by Gregorio De Ferrari, a Genoese master of the seventeenth century. The church is part of the Convent of the Augustinian nuns, a cloistered convent since 1652. The monastery with its beautiful garden is the place where the nuns grew herbs, packaged dried mushrooms and prepared almond cakes, such as sciuette, whose recipe is a secret.

The Church of San Giovanni Battista was built in 1648; it preserves a precious alabaster Madonna con Bambino by an English sculptor of the sixteenth century and an eighteenth-century wooden statue of Nostra Signora della Visitazione attributed to Anton Maria Maragliano and object of devotion.

The late sixteenth-century wooden choir stalls come from the Church and Convent of Santa Croce (1563), of which only the bell tower remains, today called Torre Civica (civic tower).

Facing the Oratory of Santa Sabina, now dedicated to cultural activities, is the home of Count Arrivabene, patriot and musician from Mantua, who founded, 155 years ago, the Varese Philharmonic Orchestra.

Outside the borgo you can admire the sixteenth century Grexino Bridge, elegant with its single barrelled vault, it serviced one of the first urban settlements, the quarter called Grecino, located along the hill that slopes down towards the Crovana river.

Porcini mushrooms and chestnuts are the main ingredients of many traditional local recipes.

Varese is also known for its organic honey production and the cultivation of forest fruits.

What is “BORGO”. The literal translation of Borgo in English would be “Village”. But the term Village does not fully explain what a “Borgo” is. A “Borgo” is a fascinating small Italian town, generally fortified and dating back to the period from the Middle Ages to the Renaissance.
Category: Liguria25 February 2018