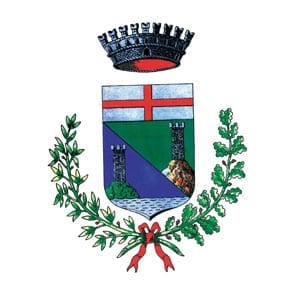 Borgio derives from the Latin burgus, (meaning borgo, i.e. small fortified town),  and Verezzi comes from Veletiis, an ablative plural probably of  pre-Roman origin, the meaning of which has been lost in time.

In the oldest chronicles the borgo is mentioned as Veretium or Viretum.

On top of the Orera hill, Verezzi is a  harmonious blend of four different hamlets (Poggio, Piazza, Roccaro and Crosa), characterized by pink stone buildings set in a landscape of rock and sea, and linked by tiny streets which in the past were used by mules and wagons.

The houses huddled one next to the other in a harmonious disorder seem to be a single articulated dwelling, which rise from the rock as if they were its natural continuation. This Mediterranean architecture is clearly of Arab-Islamic influence, even though the foundation of Verezzi by the Saracen pirates who fell in love with these places and who abandoned their raids to retire on land, is still only a legend.

The four hamlets are characterized primarily by their terraced or slightly vaulted roofs.

The urban structure is certainly from the early middle ages. Its stone remains are today a sign of the centuries old effort, which can be seen in its terracing, the “bands”, to exploit the land for the cultivation of olive groves, orchards and  vineyards.

The walls of the houses, the stairs in front of the entrances, the picturesque arches linking the houses, near the archivolts that make up the tunnels under the  buildings are made of stone; as are the gutters on the roofs and the particular lunettes holding up the pergolas, together with the stairs worn by centuries of transit and the paving of the paths.

It is here, on the crêuza de mä (path to the sea) as sung by Fabrizio De Andrè, that the genuine soul of Liguria survived  housing speculation to reveal itself.

It is beautiful to wander through the hamlets of Verezzi walking along the various crêuze.

In Roccaro you can see the eighteenth-century Chapel of the Madonna Immacolata with its Baroque style altar.

The hamlet Poggio spreads around the tower in two perpendicular lines.

Crosa is the oldest and most interesting hamlet. It seems to be carved directly into the stone and it preserves a system of caves dug into the hillside which were already inhabited during the Palaeolithic age, You will find the most important religious buildings here.

Above the hamlet, near the Phoenician Mill, on a spur of rock visible from every part of Verezzi, stands the Croce dei Santi (Cross of Saints), 3.50 meters high, made in stone; the cross was placed there in 1664 by Capuchin monks returning from the Holy Land and is now a destination for religious pilgrimages associated with Marian apparitions.

The best known hamlet is Piazza. In this wonderful window on the sea that is Piazza Sant’Agostino with its seventeenth-century church (restored after the war), the Borgio Verezzi Theatre Festival  was born. From 1967 until today, during summer nights, the square become a beautiful natural open air theatre.

In addition to capers (its cultivation is in progressive development), the farmers of Verezzi produce delicious local wines such as Lumassina, the Nostralino Veretium and the rarest Barbarossa. Although fewer than in the past, the olive groves produce fine extra-virgin olive oil.

What is “BORGO”. The literal translation of Borgo in English would be “Village”. But the term Village does not fully explain what a “Borgo” is. A “Borgo” is a fascinating small Italian town, generally fortified and dating back to the period from the Middle Ages to the Renaissance.
Category: Liguria26 February 2018