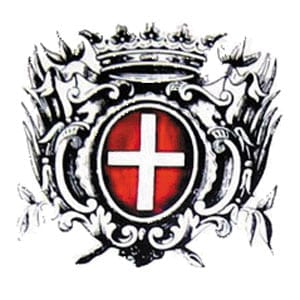 Noli is one of the most interesting historical centers of western Liguria. The main entrance to the borgo is through Porta di Piazza gate, in the second walled ring (12th-13th cent.). In the square you can admire Palazzo Comunale (Town hall), that was the centre of the political and economical life of the borgo. Modified during the centuries, its façade four Gothic windows and a sundial. Next to it, the Torre del Comune (the 13th century town tower) is set on a basement made of local green stones.  You will see how these towers with their original profiles and the red of their bricks are the most significant emblem of medieval Noli.

From the Town Hall, you’ll pass under the two big arches of Loggia della Repubblica (14th and 15th century), and via a covered passage you’ll arrive to Piazza Dante (Square). Here there is Torre della Marina (a 13th century tower), which in 1673 was donated by the people of Noli to Agostino Viale, because he had prevented the conquest of the borgo by the Duke of Savoia. Next to the tower, there is a noble house, Palazzo Viale-Salvarezza (17th century).

Monte Ursino mountain housed the castle, the last refuge for local population in case of enemy attack. The Castle of Marquis of Del Carretto (12th – 14th century) survived and was restored by Genoan architects in 1522, with its fortresses and powerful central tower surrounded by a polygonal wall. On the slope of Monte Ursino, there is Palazzo Vescovile (Archbishop’s palace), today turned into a hotel. Built and modified over centuries, it preserves traces of 15th century frescoes, inscriptions, paintings and rooms. Next to this palace there is the Church of Nostra Signora delle Grazie, built at the beginning of the 17th century and renovated in 1769.

In Piazza Chiappella there is the Sant’Anna oratory, built in 1771 and whose  façade is unfinished. Via Colombo is a street full of medieval buildings. Worth a visit is the church of San Pietro, a cathedral dated 1572, built on Romanesque bases and made of blocks of grey stones (12th 13th century) and renovated during the Baroque period. In the square adjacent to the church, there is Casa Repetto, a beautiful medieval house of the 14th century.

Crossing the bridge you will find another Cathedral (1239-1572), one of the most important monuments in this area. It has a Romanesque plant (11th century) and inside it has a nave and three aisles with painted walls (15th century).

The borgo is famous for fishing, especially anchovies and tuna  and tub gurnard. The local dishes are all based on fish. Cappon magro is the typical dish.

What is “BORGO”. The literal translation of Borgo in English would be “Village”. But the term Village does not fully explain what a “Borgo” is. A “Borgo” is a fascinating small Italian town, generally fortified and dating back to the period from the Middle Ages to the Renaissance.
Category: Liguria24 January 2018