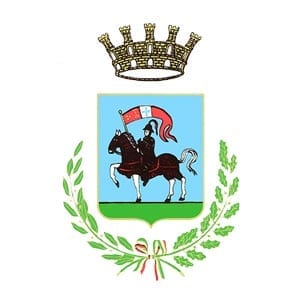 Piazza Castello (Castello Square) is the heart of the borgo and from here all the streets start. From the square through a  gateway you’ll enter Via di Mezzo, that leads to the Church Santa Maria Assunta. On the right side of the square you’ll  find Via Tevere with the Palace Valignani-Orsini. The street leads to a panoramic viewpoint on the Tiber valley.

Christianity led the inhabitants to worship Santa Serena, patron saint of the borgo, whose relics are preserved in the Church of Santa Maria Assunta.

The Archeological Museum of Magliano Sabina, houses artworks dating back to the Bronze and Iron Ages, finds from tombs of Faliscan times and from a Roman villa.

Worth to visit  in Magliano Sabina are the Proto-Romanesque Crypt of the Church Madonna delle Grazie and the Romanesque Church of Saint Peter, as well as a few palaces in the town’s center (Solimani-Mariotti, Vannicelli, Serafini and others). Worth of a visit is also the Green Hostel S.Maria delle Grazie

The Sabine territory boasts an excellent production of wine and olive oil,  both DOP and DOC (protected geographical designations of origin). Olive Oil, rosemary, asparagus, wild fennel, mint, garlic, bacon and pork cheek are the typical products of the area, as well as  pork meat and liver sausages.

What is “BORGO”. The literal translation of Borgo in English would be “Village”. But the term Village does not fully explain what a “Borgo” is. A “Borgo” is a fascinating small Italian town, generally fortified and dating back to the period from the Middle Ages to the Renaissance.
Category: Lazio9 January 2018