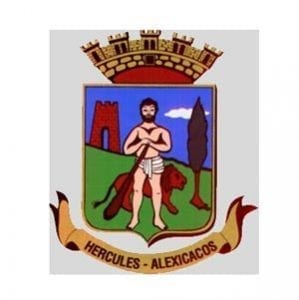 The first thing that strikes the traveller approaching Montesarchio is the splendid panorama of the borgo stretching around the hill, overlooked by the Tower and the Castle.

The Castle shows various architectural testimonials embracing a period of 1000 years. The original implant dates back to the Longobard period,  when all the dominations have left their distinguished signs, century after century. The last important renovation was made at the end of the XV century by the architect Francesco di Giorgio Martini.

The Tower was the strength of the defensive walls that surrounded the borgo. The actual configuration dates back to the late XV’s , work of the architect Martini.. In its structure one of the former forms of “Torre a mandorla” style can be recognized, whose invention is attributed to the same architect.

Latonuovo is the district dating back to the Norman period and retains one of the gateways and a section of the walls of the same period. In this district you may visit the Sanctuary of SS Trinità, with its original statue representing the Trinity Mistery.

Cappella: this district derives its name from a former Church dedicated to the Worship of S. Michele Arcangelo. Here it is still visible the ancient Caracciolo Palace.

The Convent of the Franciscan Friars: here you can admire table paintings dating back to the XIV century, as well as frescoed lunettes overhanging the main doors. Inside is a small cloister and the monumental tomb of a captain.

The Convent of the Poor Claires is worth of a note for its walkway under the roof . The entrance is embellished by a Baroque Portal.

Borgo San Francesco: the fulcrum of this hamlet is represented by the Municipal building, a former Franciscan convent. Inside there is a large cloister and a monumental baroque entrance that accesses the upper floors. Worth a visit is the nearby church of San Francesco, whose implant dates back to 1300.

Piazza Umberto I: in this square you can admire the seventeenth-century Palazzo D’Avalos with an adjoining chapel (today a parish) entitled to the Madonna della Purità and San Leone Magno. In the southern side of the square rises the seventeenth church of the Annunziata, on whose highest altar there is a canvas donated by Cardinal Orsini, then Pope Benedict XIII.

Torre dell’Orologio: the tower was built at the beginning of the eighteenth century with the economic contribution of the marquis Anna De Guevara, consort of Prince of Avalos, to give shelter to pilgrims on the Via Francigena.

The products of excellence of the borgo can be identified among the selective fruit and vegetable productions:  oil (among other things, here is one of Europe’s largest oil mills producer of several famous brands); the renowned Aglianico and Falanghina vineyards, some of the best Italian wines both with DOC brands produced by one of the most important Italian wineries. Falanghina is a straw-yellow wine with greenish reflections, pearly scents of perfume, floral notes of jasmine and broom. Aglianico is a vigorous, dark red wine with scents of wildlife, blueberries, red plum jam. Dense, and persistent.

The  local cuisine is rich in traditional dishes, among these are: cazzarielli (a typical handmade pasta) seasoned with goat meat;  lavanelli (another type of handmade pasta) with chickpeas; paparulo mbettunato and soffritto.

What is “BORGO”. The literal translation of Borgo in English would be “Village”. But the term Village does not fully explain what a “Borgo” is. A “Borgo” is a fascinating small Italian town, generally fortified and dating back to the period from the Middle Ages to the Renaissance.
Category: Campania11 December 2017