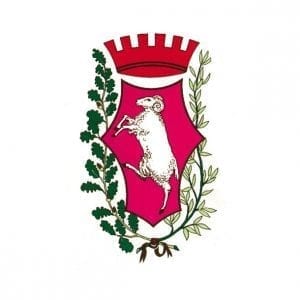 There is no definite information regarding the origin of the name Montone. Some associate its origin with the Latin word aries, from the name of the fortress standing on the hill opposite the borgo.

A life full of events and vicissitudes has left its mark on this venerable place. Despite its modest size, the former Aries has a conspicuous heritage of art which can be seen both in the sober architecture of palaces and churches and in the art works kept in the Civic Museum of San Francesco. You can start your visit from the Collegiate Church, whose origins go back to 1300. Guided by a chapter of canons, it was built as a cathedral with a bishop’s throne and episcopal see. Its current appearance is that following the remodeling ordered by the canon Pazzaglia in 1661. The church that holds the Sacred Thorn has a Latin cross, basilica plan which terminates with a round apse. Above the choir in the apse, the Twelve Apostles are portrayed in a fresco by Parenti, and at the center there are billowing clouds with the descent of the Holy Spirit. The nave is covered by a beautiful coffered ceiling in carved and gilded wood. The inlaid walnut sacristy is of excellent craftsmanship. The Borgo Vecchio quarter provides a splendid setting to one of Montone’s most important monuments: the Church and Convent of San Francesco. This is a typically Gothic building, from the first decade of the 1300s, and many traces of the original structure remain. The church has a single aisle with a trussed roof ending in a polygonal apse with a mullioned window at the center and single windows at the sides, which illuminate the austere interior with its pulpit, the bench of the Magistrates, and the 16th century carved wooden choir. Two of the art masterpieces that once graced the church are now found in Buckingham Palace and in the National Gallery of London: the Enthroned Madonna with Child and Saints by Berto di Giovanni and the Madonna in Glory by Luca Signorelli. Remaining are the frescoes by Bartolomeo Caporali done for the votive altar of the Fortebracci family and the tempera on canvas of the Madonna of Succour (the Gonfalon), also attributed to Caporali, at the bottom of which the Montone of the time is depicted. The splendid walnut door was inlaid by Antonio Bencivenni of Mercatello (1519). The annexed convent with its an elegant 16th century cloister is the home of the municipal museum. The pope had Braccio’s fortress destroyed in 1478 to punish his son, and built the convent of Santa Caterina over its ruins as a sign of papal power. The convent’s church is modest in size, with a single aisle covered by a barrel vault. The Church of Santa Croce, one of the oldest in the village, is located on the main square and is of monastic origin. A document mentions the donation of a plot of land in 1170 upon which the monastery of San Bartolomeo di Camporeggiano was to be built by the Benedictines. The parish church of San Gregorio, which stands outside the castle wall, already existed as early as the year 1100, according to historical documents. Along the road leading to San Gregorio, just outside the city walls, there is a church called the Madonna delle Grazie. Here is an image of the Blessed Virgin by an anonymous painter and set in a shrine, had been venerated in ancient times. About 6 km away from Montone stands the old Aries Fortress, in an excellent panoramic and strategic position. The origin of its name is not clear: according to some it comes from the Latin Dares, i.e. Darete, the companion of Aeneas, while others claim that Aries-Ariete stands for “montone” (ram). In any event, it is very old: it was probably built during the Byzantine – or perhaps Lombard – period (6th-7th century). In the 12th century it belonged to the Benedictine monks of San Pietro ai Carpini. In 1260 it was sold to the Montefeltro family of Urbino. In 1499 the Duke of Urbino sold it to Bentivoglio of Bologna, friends of the Fortebracci family, for 12 thousand gold florins. In 1698 the Cantalmaggi of Bologna, having no successors, left it to their nephews, the Conti della Porta, who kept the property until 1991, when it was sold to the Region.

Salami, prosciutto and sausages, fresh ricotta and flavorful caciotta cheese, berry jams, truffles mushrooms and asparagus are the products of the local traditional genuine cuisine. Traditional crafts of Montone include: the wrought iron shop next to the gate of the Old Village, the woodworkers and the restoring of antique furniture, and pillowlace making and crocheting, a traditional workmanship begun with the cloistered nuns of St. Catherine.

The local dishes preserve the flavors of the past. There is the very simple torta bianca (a flatbread) cooked on a panaro (basket) the ideal accompaniment for the flavorful local salamis, sausages, etc.; the imbrecciata, traditionally served in the winter; homemade pasta with truffles mushrooms from the woods or asparagus; the tasty porchetta and fabulous roast lamb, duck, goose, chicken, rabbit, guinea fowl, pigeon, and game of all types. The area also produces important wines, with the sunny hills and well drained soils providing the best conditions for growing high quality grapes.

What is “BORGO”. The literal translation of Borgo in English would be “Village”. But the term Village does not fully explain what a “Borgo” is. A “Borgo” is a fascinating small Italian town, generally fortified and dating back to the period from the Middle Ages to the Renaissance.
Category: Umbria11 December 2017