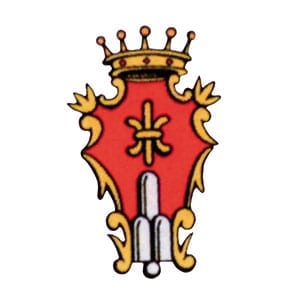 The name derives from the Latin Mons Florum, the Mount of Flowers. A naturalistic and metamorphic name that perfectly describes this borgo.

The Malatesta Fortress, a medieval “skyscraper in search of light” (according to Ugo Amati’s beautiful definition), is the most powerful symbol of the Malatesta family in the entire Valconca valley. It’s actual plan is not very different from the original one, but it was modified in the 15th and 16th centuries. The building was spacious and capable to meet the taste and cultural needs of the Malatesta family.

On 13th December 1347 the King of Hungary (with his entire retinue) stayed there, together with the nobles of the town of Rimini. Pandolfo Malatesta did his best to make the Fortress more beautiful and welcoming, however it was under the reign of Sigismondo, an enlightened lord and art lover, that it reached its highest splendor. The Fortress can be mentioned among the most important architectural works of Italian cultural heritage

Other places to visit in the borgo are:

The queen of all products here in Montefiore is the chestnut, there is a festival to celebrate it, every year during October’s Sundays.

The local dishes are: passatelli, a special type of handmade pasta cooked in meat broth, and naturally roast chestnuts from Montefiore.