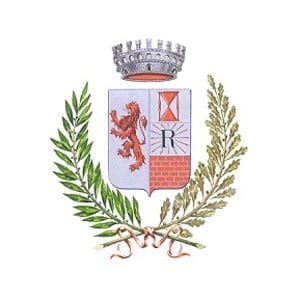 The place name probably derives  from Latin Hortius and Hortinius, probably first names. The first mention of the castle of Ortignano was found in a document dated August 26, 1225, where Abbot Rainaldo of Capolona refereed in a dispute about the towers of Ortignano and Raggiolo. The act was signed in the church of the Ortignano castle; this document proves that the borgo was already linked to Raggiolo, a bond that was meant to last until today, as evidenced by the name of the Municipality composed by Ortignano and Raggiolo.

In the green valley of Casentino in a crescendo of hills that quickly become mountains, we find the municipality of Ortignano Raggiolo. Here you can immerse yourself in the intense green of the forests, among walled villages, scattered cottages, in a silence of places where time seems suspended, producing a sense of peace.

Everything in Raggiolo recalls the stone: the steep paved streets, the bridges over the impetuous streams, the springs, the mills and the washhouses, some drying rooms for the chestnuts that have remained among the many of the past, the houses that appear to be all the same for the essentiality of their design, but arranged on different levels and with different perspectives to support the slope of the mountain.

The oldest part of the village is so compact and aggregated, without external discontinuity, between house and house, between stone and stone, to make immediately evident the passage from the feudal castle of the Counts Guidi to the village.

The only medieval testimony of the village is the façade of the church of San Michele, obtained from the ancient palace of Count Guido Novello Guidi, of which it preserves some elements such as the beautiful Gothic portal with an imposing architrave surmounted by a worn coat of arms of the Florentine Arte della Lana. The church is worth a visit for the beautiful seventeenth-century painting of the Madonna del Rosario, for the fifteenth-century plaster bust of the redeemer of the workshop of Franciscan Simone Ferrucci (1456-1526) and for the beautiful bas-relief depicting the Madonna and Child of the workshop of Donatello, and for a painting depicting St. Michael the Archangel.

Next to the church, in the old school of the village, there is the Ecomuseo della Castagna, preserving the collective memory of Raggiolo.

A place of great charm, especially in autumn with the fire access and chestnuts on the grill, is the dryer of the Cavallari, where the drying of chestnuts took place.

Following the narrow road that leads from the village to the woods, you arrive at the Molino di Morino, on the Barbozzaia stream, an 18th century factory that has been restored and is still able to produce chestnut flour.

The bridge of the “Usciolino”, which overlooks the clear pool of water of the Teggina torrent and which once allowed the connection of Raggiolo with Quota di Poppi, is still beautiful today, and parts of the ancient pavement are still visible.

The chestnut is the typical product of the area, from which an excellent Chestnut Flour is produced.

The traditional dish is the sweet Polenta, made with chestnut flour and seasoned with ricotta cheese. In its simplicity the dish has represented the primary source of subsistence for all generations of inhabitants of the mountains in the winter months. Today it is proposed to be ennobled by the addition of top quality ricotta produced exclusively by local dairies.

What is “BORGO”. The literal translation of Borgo in English would be “Village”. But the term Village does not fully explain what a “Borgo” is. A “Borgo” is a fascinating small Italian town, generally fortified and dating back to the period from the Middle Ages to the Renaissance.
Category: Toscana11 December 2017