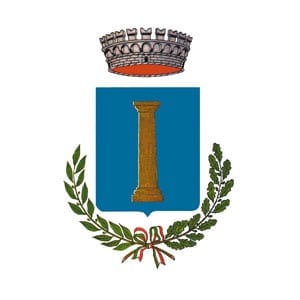 Terra Furoris i.e. “Land of Fury,” is the ancient name of the borgo, referring to the fury of the sea inside the fjord.

Following the hairpin curves of the hill road stretching along the coast between Amalfi and Agerola, you’ll reach Furore, a sort of Neverland. Don’t look for a ring of houses standing round a square here. You won’t find it. Furore, with its houses scattered on the slopes of the mountain, dropping sheer down to the sea, offers tiny samples of itself, allowing itself to be discovered with flirtatious bashfulness. The small hamlet of Fiordo, instead, is at the foot of the cliff, along the Amalfitana state road between Amalfi and Positano. The “Terra Furoris” is the other face of the coast, where “noises are none other / than a slight flaw in the silence.” Katia Salvini defined it as “a place dear to the gods, a hanging garden clinging to the mountain and stretching out into the blue of the sea and the sky”. Its houses seems to have sprung up from a deck of cards scattered by the wind. A sleeping divinity could be hiding on the steep walls of the canyon or on some huge, rugged cliff: a naked faun, evoked once again by the free love heretics, or a siren, glimpsed from a stairway, from a boat on the sea, or from the path with flowering agaves. This is Furore: a place of mythic desires, the breath of a civilization on the edge of a cliff poised above the sea. Precious historical buildings in the valley around the village include the two flour mills and the two paper mills, interesting examples of industrial architecture that made use of the motive power of water. Next to this area are the fishermen’s monazzeni, old storage sheds for tools. The wedge-shaped stretch of sand in this narrow inlet has been for centuries a landing place for boats. After years of neglect and deterioration, this fishermen’s village is now entirely restored. Here is also a unique open air art gallery, composed of over 100 “artist’s walls,” murals and sculptures that make Furore a “painted village” that tells its story in this way as well. The churches are other important buildings: the four churches of San Giacomo, Sant’Elia, San Michele and Santa Maria, with the majolica-tiled domes and the recently discovered frescoes (an interesting cycle by the Giotto school in San Giacomo).But the most attractive thing about this place is its beautiful setting: the olive trees, the grapevines on terraces going up the mountainside, the bowers of lemons with nets stretched between poles, the red roofs and colorful majolicas on the small bell towers, the brilliantly colored flowers of the wild blackberry brambles, and the sea: blue, down below, in the corner of your eye, ever present. Completing the panorama are the flaking, sunbaked walls, the high grass of the uncultivated fields, the boats pulled up onto the beach, the tortuous curves of the road.

The piennolo, a kind of small tomato, and the grapes (Costa d’Amalfi DOC, subzone Furore, which is a Wine City) growing on the steep hillsides are the fruits of this generous land that has “its feet in the water, its face kissed by the sun, and the sinuous hips of a beautiful woman”.

The traditional dish is totani e patate, squid and potatoes, created by the farmer-fisherman to feed his large family (if necessary, just add more potatoes). The local cuisine captures and mixes together the aromas and flavors of the land and the sea: blood pudding, minestra maritata (“married soup”), and caponata are other traditional dishes served at the many restaurants of the area.

What is “BORGO”. The literal translation of Borgo in English would be “Village”. But the term Village does not fully explain what a “Borgo” is. A “Borgo” is a fascinating small Italian town, generally fortified and dating back to the period from the Middle Ages to the Renaissance.
Category: Campania3 January 2018