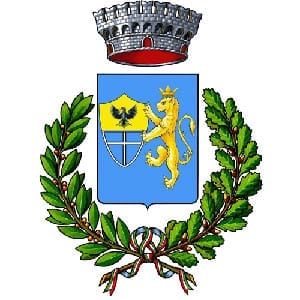 Garbagna is the most important center of Val Grue (Grue Valley). It is a medieval borgo, whose name derives from the Latin garbus, which means “bush”. The first archive news about Garbagna appear on March 29, 945, when Ugo of Provence confers the borgo with a Carolingian diploma  to Count Elisiardo, also Provençal.

You may start your visit from Piazza Doria, dedicated to Prince Doria, Lord of Genoa and Garbagna. On this Renaissance square stand the Doria Palace and the Oratory of San Rocco. In the center there are four horse chestnuts, planted in 1853 with an arc in the middle, in memory of an ancient water source, from which all the population was supplied.

The Oratory of San Rocco was built around 1580, following a great plague, whose beautiful façade was frescoed by Giovan Battista Carlone (1603-1684). The feast of San Rocco is celebrated on August 16th, with the traditional night procession and the donation of cakes.

The Contrada is the true heart of Garbagna, the old town centre. Here you can admire the typical layout of the ancient shops and the charm of the past of all the buildings. The octagonal parish Church of San Giovanni Battista Decollato, the patron saint of the borgo, was built in 1714. Inside there are important works of art, such as the ‘The Baptism of Christ’ canvas, by Guglielmo Caccia called Moncalvo (1568-1625). Particularly valuable is the seventeenth-century organ. Every year during the patronal feast (last Sunday of August) a concert is held in the Church, with internationally renowned musicians.

The Castle, overlooking the town center,  is perfect for a stroll and to enjoy a panoramic view. It is a medieval complex, built in the 9th century, with its walls, the entrance door and the watch tower. Along a beautiful promenade in the forest, about 2 kms away from the borgo, you can reach the Sanctuary of the Madonna del Lago, dating back to 1300. According to legend, Our Lady appeared to a mute shepherdess and miraculously gifted her with the voice. Every Friday in May, a Marian month, the holy masses are celebrated here. The main feast is on the third Friday of May: the Bishop celebrates the Mass after a procession.

Garbagna is famous for cherries. This is the Borgo of the “Beautiful garbagna cherry”,  a variety of Cherry which is also a Slow Food Presidium. It’s deep red,  with a medium-long and very crunchy stem. It can be well preserved in spirits and remains intact, it does not flake and maintains consistency and flavor. Very good for stuffing but also for jams or for liquor production.  The tree trunks are tall and vigorous and the harvest is still manual, only a staircase and juniper baskets (called cavagne) are needed. The younger ones get up on the trees, while the elderly pick the best cherries. They are placed in low fruit crates containing up to five kilos of fruit.

NOBLE GIAROLO SALAMI. It’s a salami defined “noble” because it is made with the  ‘noble’ part of the pork, that is, the thigh. The dough is cut to big grain. Great for evening meals in company and perfect if sliced with the knife. It is aged in the right way when it “makes a drop of fat”.

CASTAGNETTE. Typical dry biscuits, big, as the name suggests, a little less than a chestnut and remember its shape. They are made with sugar, egg white and chopped almonds.

RICE CAKE. This traditional cake is salty. The local families use to prepare it on the third Friday of May to celebrate the Madonna del Lago. The ingredients are simple: home-made pasta, milk and, of course, rice. Great if cooked in the oven. It can also be found in the menus of local restaurants in other days of the year.

WHITE TRUFFLES AND MUSHROOMS. These precious fruits of the earth are, for the richness of flavor, among the best in the world. The white truffle is perfect if chopped on the fried egg or on the taglierini, a typical homemade pasta.  The mushrooms are eaten chopped in green salad, sliced and fried, or served with taglierini  or polenta. They are also dried to be tasted during the year, especially in risottos.

What is “BORGO”. The literal translation of Borgo in English would be “Village”. But the term Village does not fully explain what a “Borgo” is. A “Borgo” is a fascinating small Italian town, generally fortified and dating back to the period from the Middle Ages to the Renaissance.
Category: Piemonte3 January 2018