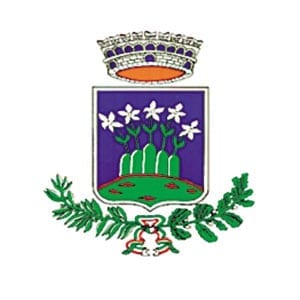 According to tradition Montefiore’s name is linked  to the cult of the goddess Flora (Mons Floris), a rural divinity worshipped by the ancient Italic populations before the Roman conquest.

Montefiore dell’Aso is a lovely Borgo of the Piceno area, situated between the Sibillini Mountains and the sea, which is only a few kilometres away. The historical centre is well preserved: the town walls with gates and six fortified towers which date back to XV and XVI centuries.

From the De Carolis panoramic view point you can enter the historical centre and you get to Piazza della Repubblica, the heart of the borgo, dominated by the St. Lucia Collegiate Church. The church was completely rebuilt in neoclassical style, but its origins are very old, between III and V century.

Going down from Piazza della Repubblica towards Piazzale San Francesco, you can see the church dedicated to the Saint and its adjoining monastery. The Church of San Francesco was built between 1247 and 1303, thanks to the friars’ charity. The church still preserves its original Romanesque-Gothic style in the external structure and in the portal of 1303, which you can now admire in the sacristy. Radical restorations, made between the half of the XVII century and the half of XVIII century, have transformed its Baroque interior. In the monastery the new S. Francesco’s Museum has been inaugurated in October 2006. The friars’ rooms in the monastery have been prepared for art, cinema, ethnography. The new parts of the Museum in the rooms of the monastery, contain Carlo Crivelli’s Room, Giancarlo Basili’s Centre of Stage Documents, Adolfo De Carolis’Museum, the Peasant Civilization Museum, Domenico Cantatore’s Collection.

Quite near the city centre, the church of San Filippo had been built over a former church built between 1573 and 1605, dedicated to S. Maria del Monte, and restored at the end of the XVII century. The church of Corpus Domini and its Dominican Monastery (1846) stand in the nearby.

The Aso valley has well-preserved its landscape, art and history but it has also jealously guarded the secrets of an ancient culinary tradition, based on simple and natural ingredients: legumes, grains, vegetables, olive oil and pork meat, Rosso Piceno or Falerio red wines.

With the vincisgrassi, a rich kind of lasagna of the Piceno area, perfection is almost reached. Tajuli and taccu are made with humble pastry, without eggs, served respectively in broth and with vegetable, pork, sardine or dried cod ragout.

The ‘Montefiore’ grass salami’: A product of the highest quality where the mincing of the pork meat has been done strictly by hand with the addition of some ingredients typical of the local sausage, an innovative peculiarity is the use of Erba Luigia (Lippia Citrodora).

Fruit Festival, first week of August: historical festival of the village, showcase of the best local fruit and vegetable production and tasting of typical dishes.

The Infiorata accompanies the Corpus Christi procession with carpets of flowers and natural essences along the entire route.

What is “BORGO”. The literal translation of Borgo in English would be “Village”. But the term Village does not fully explain what a “Borgo” is. A “Borgo” is a fascinating small Italian town, generally fortified and dating back to the period from the Middle Ages to the Renaissance.
Category: Marche3 January 2018