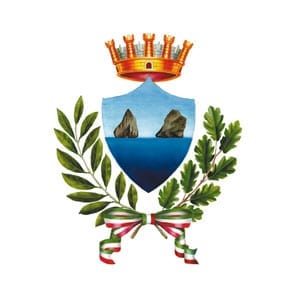 The origin of the name is uncertain. The most fascinating hypothesis is that it might derive from Arvo, one of Jason’s Argonauts who, following a storm, was attracted by the beauty of the area and decided to settle here.

Albolo instead is supposed to be the Goth or Lombard who gave his name to the hamlet.

The name could also designate the place where timber (albores, trees) was cut in ancient times for ship building. Lastly, the name might derive from Albola, a mineral water that springs in the area.

Set in a corner of Mount Falerio above the southern stretch of the rocky Amalfi coast, in the Gulf of Salerno, Albori seems suspended between the sea and the mountain.

Àlbori is a miniature of the eternal appeal of the Mediterranean. A cluster of colourful houses on the sea front, leaning against each other between lanes and narrow alleyways. Constructed according to the defensive strategy of the Arabs, it opens up into a square where people still come to gather in the evening.

While you find the forms, harmonies and colours of the Mediterranean chaotic in Vietri and in many other places along the beautiful Amalfi coast, here in Àlbori, a more secluded location 300 meters above sea level, you can breathe an ancient times air.

Here it is pleasant to stroll among the votive chapels dedicated to patron saints and the views of Campania Felix that include the infinite blue of the Tyrrhenian sea.

The borgo is surely of a marine origin, as evidenced from the shore of Àlbori. It is probable that the inhabitants decided to take refuge higher up after being continually terrorized by the raids of the Saracen pirates, protected by the embrace of Mount Falerio. Stone and mortar buildings, topped with the characteristic Neapolitan roof tiles, have been studied by many architects.

The borgo has in fact maintained the brightly coloured vaulted houses of the original Mediterranean architecture, which made it possible for the villagers, who were excellent sailors, to recognize their homes when sailing away or when returning after long periods at sea.

In the winter months, when sailing was not possible, people cultivated whatever bits of land were tillable on the mountainside.

Àlbori is thus characterized by the happy combination of sea and mountains, but it also contains remarkable works of art. In the centre of the borgo, among white houses, lodges and domes, you can see the Church of Santa Margherita, the young martyr of Antioch.  Inside there are beautiful frescoes by the Neapolitan school; an illustrious exponent of this school was the Baroque decorator Francesco Solimena (1657-1747).

Just the time for a tazzulella (“cup”) of coffee in a bar in Àlbori and the square goes back towards Vietri, the itinerary continues turning in the direction of the hills. The first hamlet is called Benincasa, gathered around the church; further up is Dragonea a great lookout point towards the valley and a starting point for mountain hiking. Then, continuing on and passing over some quarters, you get to the top of the Majani hill where there are the Church and the Convent of San Francesco. The road below leads to the gorge of Bonea, a fascinating place where there is a small house, depicted as an Old Mill in a print by Philipp Hackert, a German painter and engraver, active in Naples from 1782 to 1799.

A little further on is the Church of Avvocatella (second half of the seventeenth century), where you can admire the 1758 ceramic flooring. The surrounding scenery is typical of the Amalfi coast, where over the centuries thanks to the natural vegetation of chestnuts and olm oaks, man has begun the cultivation of grapevine and citrus fruits on terraces.

At this point you can come back to Vietri, at least to see the seventeenth-century Church of San Giovanni Battista with its characteristic majolica dome, which seems a mirage, an Ottoman dream. In the hamlet of Raito it is worth visiting the Church of the Madonna delle Grazie that stands in a panoramic position, almost suspended on the sea, and the Museum of the typical Ceramics of Vietri in Villa Guariglia.

We are in the land where lemons blossom, to quote Goethe.

Here they have a special flavour and fragrance, they are called sfusati and are used to make the classic limoncello, typical liqueur of the Amalfi Coast.

What is “BORGO”. The literal translation of Borgo in English would be “Village”. But the term Village does not fully explain what a “Borgo” is. A “Borgo” is a fascinating small Italian town, generally fortified and dating back to the period from the Middle Ages to the Renaissance.
Category: Campania26 February 2018