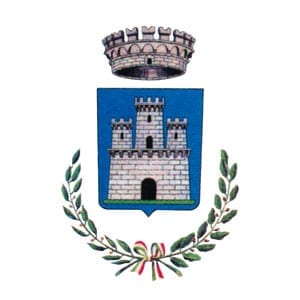 Scanno derives its named  from the Latin scamnum (“scanno” in Italian, i.e. stool), the rocky spurs of the mountains of the upper Sagittarius Valley that surround the Borgo.

Scanno would be a perfect film set for a film by Pasolini: “I am a force from the past, my love lies only in tradition. I come from the ruins, from the churches…”, recites Orson Welles in Curd Cheese. It certainly is strange that all this wonderful architecture that we find in the façades of the buildings, in the churches, the fountains, all comes from sheep farming, the most humble of activities. Instead it was that very landed gentry, both large and small sheep owners, who brought richness to this small mountain village; and capital was obviously so abundant that the families competed in order to affirm their prestige, by building imposing palaces enriched and decorated with the most varied architectural elements: portals, columns, archways, cornices, pilaster strips, angels,  balconies, three-lighted windows…. We are in Scanno’s golden era, when the God Pan, instead of piping after the flocks, was figured in the lordly houses, or was glimpsed of in the alleyways by some lady leaning at the window. The 17th-18th cent. Baroque of the buildings merged with the existing Romanesque and Gothic elements, thanks to the local stone, strong enough to resist the intemperate mountain climate, used by numerous artists who flocked from all parts of Italy. The beauty of this nativity scene, now without any shepherds, can be discovered by wandering aimlessly around the alleyways, where it is a pleasant surprise to discover little architectural details and unexpected views. Here a little church, there is a Burgundy portal, here a courtyard (particularly charming is the one in the seventeenth century Palazzo Tanturri de Horatio), there an inscription, a rose-window, a coat of arms on a fountain, a fresco (the Madonna on the throne is a splendid example in the tiny church of St. Maria di Costantinopoli), a mask: this is the way to discover Scanno, just let yourself be carried away by the beauty. One of the four gates is what remains of the ancient walls (Porta della Croce, 15th cent.). The numerous archways in the alleyways, the famous stone portals, the two Baroque fountains and all the building art of “decoration” which can be found in the private houses, the noble palaces, the churches and what was the “street furniture” of the time, all witness a desire to astonish as well as for frivolity which directly contrasts the harsh mountain environment. The apex of this sensitivity in Scanno, with the exception of its numerous churches and lordly buildings, is reached in the applied arts: in the gold craft work, in the art of embroidery using a lace-pillow, in the women’s traditional costumes.

With all the cold cuts and cheeses from this area, here appetizers are a must (the fresh or seasoned ricotta is delicious); it is more difficult to choose among the first courses: sagne with beans, maccheroni alla chitarra or else cazzellitti with leaves. The best second courses are meat: lamb or pork. Finally, the desserts are mostaccioli, amaretti and pan dell’orso. The surroundings woods provide the raw materials for the fresh fruit salad.

What is “BORGO”. The literal translation of Borgo in English would be “Village”. But the term Village does not fully explain what a “Borgo” is. A “Borgo” is a fascinating small Italian town, generally fortified and dating back to the period from the Middle Ages to the Renaissance.
Category: Abruzzo19 December 2017