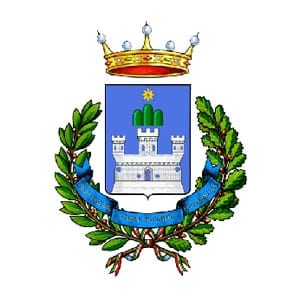 Resting in the shade, under an olive tree, or among the mimosas, heather and wild brooms that bloom in the hills of the west of Liguria: this is what you can do in Seborga, a Borgo which – for a short period in the seventeenth century – minted silver coins and had as its motto Sub umbra seat, meaning “to rest in the shade”. The monks of Lerins who were masters of Seborga invented this motto: perhaps in a pause between prayer and work, when from the top of the borgo their gaze was sweeping over the Maritime Alps, the Ligurian coast and the Côte d’ Azur up to the promontory of Esterel.

There are three religious monuments to see in Seborga. The first, at the entrance, is the small oratory of the XIII century dedicated to St. Bernard of Clairvaux, maybe connected with the Templar knights.

In piazza San Martino, the heart of the Borgo, there is the 17th century parish church of San Martino, with a Baroque façade with light colors (restored in 2006). Inside you can admire artworks about San Martino, the archangel Michael, Saint John the Baptist and a wooden statue of the Madonna with Child. Near the church there is the ancient residence of the monks called “the palace “, today it is a private dwelling but it still houses some remains of the ancient mint (XVII century).

The small street on the right will lead you to the prison built by the monks and to Piazza del Parlamento where judges decided their verdicts.

Seborga is famous for its flowers, especially broom and mimosa, but also for its excellent extra virgin olive oil, wine, and for its peculiar black tomatos.

What is “BORGO”. The literal translation of Borgo in English would be “Village”. But the term Village does not fully explain what a “Borgo” is. A “Borgo” is a fascinating small Italian town, generally fortified and dating back to the period from the Middle Ages to the Renaissance.
Category: Liguria19 December 2017