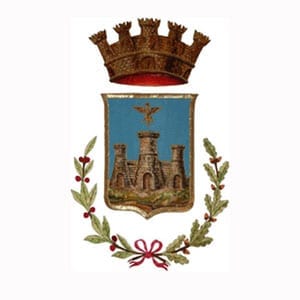 Castrum Carcari was still in 1296 the name of the place, which later became an Imperial Fortress in homage to Frederick II of Swabia who built the castle here. Prisons were called the lime kilns. It is possible that the ancient name indicated a pre-existing Roman military post, as revealed by the tombs found in Cesine.

The history of Rocca Imperiale begins with the construction of the castle by Frederick II of Swabia between 1220 and 1225. The Borgo unfolds on the eastern part of the slope, just over 200 meters above sea level and a short distance from the Ionian Sea. The houses – whose architraves, cornices and shelves can be admired – gradually descend along the slope to the foot of the fortress. The narrowness of the place imposes narrow lanes and steep ascents of access to the castle, thanks to which the medieval aspect of the Borgo, dominated by the severe bulk of military buildings, is preserved. The slow abandonment of the town – until the eighties known for the great production of grapes from the vineyards of Cesine, oil and lemons – seems to have stopped. With the tourist exploitation of the artistic and natural beauties a new awareness grows, and lemons with an extraordinary perfume, with a high yield in juice and without seeds, which are the pride – under the IGP brand – of Rocca Imperiale, come back to bloom.

The Swabian castle, epicentre of the feud, is today almost entirely open to the public. From there you descend into the Borgo through the narrow streets, among which you can admire the fifteenth-century chapel dedicated to St. John and, a little further east, that of the sixteenth century Chapel of the Rosary. It is worth visiting the chapel of the Rosary, for the eighteenth-century wooden statues of the Neapolitan school and for the seventeenth-century sculpture of Our Lady of the Rosary on the high altar. Just below it there is another chapel, perhaps dating back to the seventeenth century and dedicated to Our Lady of Mount Carmel.

Continuing to go down, at about half of the route, there is the oldest sacred building of Rocca Imperiale, the Mother Church, built by Frederick II in 1239. The structure of the Mother Church, dedicated to the Assumption, is in pure Romanesque style. The Turks, landed in four thousand on 29 June 1644 to take the fortress, but failed to do so, set it on fire for retaliation. But without affecting the elegant bell tower of the thirteenth century in Sicilian-Norman style and the fourteenth-century rose window.

Taking the “descent of the Sirens” southwards, you will arrive to the Franciscan monastery of the Observant Friars. From the annexed church of Sant’Antonio, you will take the road that leaves the Borgo and you will reach Cesine, where the sanctuary Madonna della Nova, patron of Rocca Imperiale, stands.

On the last Sunday of Carnival the Maiatiche festival (pancakes with dried peppers) takes place.

What is “BORGO”. The literal translation of Borgo in English would be “Village”. But the term Village does not fully explain what a “Borgo” is. A “Borgo” is a fascinating small Italian town, generally fortified and dating back to the period from the Middle Ages to the Renaissance.
Category: Calabria7 June 2018