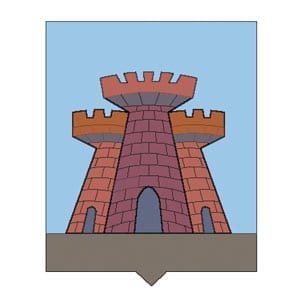 Fiumefreddo derives its name from Flumen frigidum, which means river with potable water, called also frigidum, cold, due to its fresh waters that spring from the rocks a few kilometres away from the sea. The name Bruzio denotes the territory and it was added in 1860 in order to distinguish this village from others with the same name.

Fiumefreddo is one of those towns of Calabria that wants to redeem itself and look to the future. The eastern entrance to the town centre is an embattled gate that leads to Piazza del Popolo. With its  narrow stone paved streets, the historical centre is distinguished by the presence of three monuments. The church of S. Michele Arcangelo, built in 1540 and modified throughout the centuries, has remained as it was after the earthquake in 1638 and preserves precious paintings by Francesco Solimena (1657–1747) and Giuseppe Pascaletti (1699-1757), a local artist that was also the creator of the altar. On the square, on the right, there is Palazzo del Barone Del Bianco and on the left, Palazzo Gaudiosi. Continuing along Via Risorgimento you get, passing in front of  Palazzo Zupi with its splendid portal, to the castle ruins, built on the upper part of the borgo on the rocks overlooking the narrow valley. Napoleon’s army destroyed the castle in 1807 because of the presence of Bourbon rebels. One of the halls is decorated with frescoes by Salvatore Fiume, unfortunately in jeopardy because of bad weather. From Largo Castello, you get to Piazza Vittorio Veneto, the heart of the borgo’s social life, where you can see the 16th cent. Palazzo Pignatelli. Continuing towards Largo Torretta you will see the Church of the Addolorata, of very ancient origin (XI century) but with a Baroque appearance and with valuable works of art by Calabrian stucco masters. Outside the church, continuing on the left, you’ll get to Largo Santa Domenica with the ruins of the homonymous church and a beautiful sea view; carrying on the right you get to Palazzo Mazzarone and the Church of S. Francesco di Paola, built in 1709 with its splendid Baroque portal. The annexed convent of the Minimi friars is today the Municipal Palace. In front of it, on a turret, you can admire the sculpture by Salvatore Fiume, facing the sea and its blue horizons. Now you come back to the Church of di S. Francesco to see, immediately beyond it in Largo Pascaletti,  the Church of Santa Chiara, built in 1552. Here you can admire the altar by Solimena. After that, you head towards the cliff where  the Church of S. Rocco (18th century) is, built with a hexagonal plan on the city walls near Porta di Mare. The frescoes inside this church are by Salvatore Fiume (1980) and represent San Rocco saving people from the plague. Continuing upwards from Largo S. Rocco through Via Porta di Mare, you get to Largo dei Follari, an ancient textile manufactory, where there is Palazzo Santanna. Continuing through via Manzoni, you will meet on your left Palazzo Pitellia with its internal courtyard of the 18th century Roman school  and further on, on your right, the 16th century Palazzo Castiglione-Morelli. If you follow a small narrow street, you come back to Piazza del Popolo.

From the pastures on the Apennine crests, the famous cheese is produced using traditional methods. On the hills that slope gently towards the sea, there are olive-trees and grapevines.

What is “BORGO”. The literal translation of Borgo in English would be “Village”. But the term Village does not fully explain what a “Borgo” is. A “Borgo” is a fascinating small Italian town, generally fortified and dating back to the period from the Middle Ages to the Renaissance.
Category: Calabria18 February 2018