MUNICIPALITY OF altomonte
only the historical center
(Cosenza District)
Altitude
mt. 496 a.s.l.
POPULATION
4800 (1500 in the borgo) 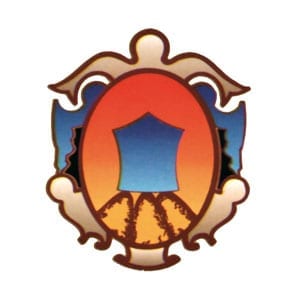 The oldest name is Balbia, a Phoenician word deriving from Baal, which means “lord” or “gods”.

The Romans knew the city by this name, in fact Pliny the Elder mentioned it as one of the towns that produced an esteemed wine called Balbino.

In a document dated 1065 the borgoe is mentioned as Brahalla or Brakhalla, possibly from the Arabic  “blessing of God.”

In 1337 the name of the town first changed to Altoflumen then, between 1343 and 1345, was finally named  Altomonte by Queen Giovanna I.

Altomonte is a name that shines on the map, a borgo that is hard to forget, made of stairways and alleys going all around the Church della Consolazione, it is the best example of Gothic-Angevin art in Calabria.

You can start your visit from the castle of Norman origin (XII century): expanded and restored by its various landowners throughout time, it has more or less maintained its original structure and nowadays is a hotel.

From Piazza Coppola taking via Paladino you will arrive to Piazza Tommaso Campanella where you will find the Church of the Madonna della Consolazione and its adjoining Dominican Monastery that now houses the Civic Museum. The church is placed in the highest part of the borgo, overlooking the Esaro valley. Noble and austere, it is enriched by stone masterpieces, like the magnificent portal, the great rose window composed of arches going all around and the elegant mullioned window on the massive bell tower.

A French atmosphere wafts all around; possibly due to the Provencal influences of Filippo Sangineto who enlarged the existing Norman church dedicating the new building to the Madonna della Consolazione in 1342.  The style is that of the Angevin court of Naples, with references to  Norman and the Suevian-Cistercian traditions. These influences can be seen on the inside, with its nave, whose beauty lies in the sense of simplicity, almost of emptiness, that it communicates.

Of the works of art that here are preserved is the Funerary Monument of an unknown knight (the author, possibly from Naples, is also unknown), dating back to the first half of the fourteenth century, and the imposing Sepulchre of Sangineto Family placed in the apse, built around 1360 possibly by the Master Durazzesco, it is anyway in line with the Neapolitan artistic current of the time.

In Piazza Tommaso Campanella there is a monument in memory of the Philosopher from Stilo, who stayed at the Dominican Monastery, built around 1440 and of which you can admire the cloisters of the same age. On the same square  is Palazzo Pancaro (sixteenth century), one of Altomonte’s oldest noble residences.

From the square, take via Paladino where you get to the Norman tower-house of the Pallotta Family; and close by the Church of Consolation, where it is a real pleasure to stroll along the narrow streets.

Continuing down to Piazza Balbia, which in the Middle Age  was the balium, or public meeting place, is the recently restored Church of St. James the Apostle, probably of Byzantine origin, with its Baroque interior (altar and plaster decorations).

The first inhabited settlement, of clearly Arabic derivation, rose around the church, as can be seen from the circle of tangling roads and blind alleys crossing, continuing and ending up in each other.

From Piazza Balbia carrying along  the winding streets of the old town you get to in Piazza San Francesco di Paola on which overlooks the church of the same name and its adjacent Monastery, now the seat of the Town hall, you can admire a beautiful eighteenth century cloister.

The tour ends at Palazzo Giacobini, seat of the ancient hospital, it was called the house of the pilgrims (1584) and is now used for receptions and conferences.

What is “BORGO”. The literal translation of Borgo in English would be “Village”. But the term Village does not fully explain what a “Borgo” is. A “Borgo” is a fascinating small Italian town, generally fortified and dating back to the period from the Middle Ages to the Renaissance.
Category: Calabria18 February 2018