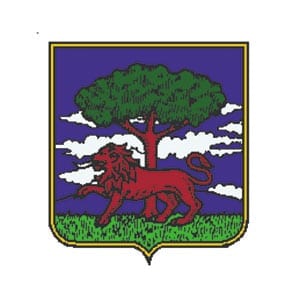 The name comes from the cork trees (quercus suber) which abound in the surrounding forests. From the Roman Suber(e)tum, the name evolved into Sughereto and later into the present day “Suvereto”.

This small Borgo in the Maremma area experienced its golden age during the 13th century. Wars, skirmishes, and above all the high death toll caused by the unhealthy air almost completely wiped out life in Suvereto during the 17th and 18th centuries. In this period almost no urban construction was registered; the Borgo continued unaltered and still for about 200 years. Almost no traces of this long and tragic decay can be found in Suvereto today, whose urban structure reveals its medieval and early modern heritage. The town hall dates back to the beginning of the 13th century, although its present structure is the result of various reinterpretations of the original model over the centuries. Here you can admire an ancient tower called “of the Bell” (today “of the Clock”) because it was used to summon the village Elders for town meetings. From the portico over the entrance stairway, known as “the Loggia of the Judges,” verdicts were issued and all decisions made for the community were announced. Documentary evidence of the Rocca Aldobrandesca, situated at the highest point of the Borgo, facing north, dates as early as 973. Currently the castle is made up of three parts: the ruins of the ancient tower (built around 1164), four stages with intermediate floors and the remains of the surrounding walls. The castle has undergone many transformations over the centuries. The convent of San Francesco was built in 1286 and played an important role in the community life until its Napoleonic suppression in 1808, after which it was gradually reconverted into a structure for civic use. Today the splendid cloister remains, comprised of a portico with Roman-style arches. The Church of the Crocifisso, set against the cloister of San Francesco, was erected in the 16th century to preserve and honor the image of the patron saint, i.e. the crucifix, where it is still kept today: a wood carving attributed to Domenico dei Cori dating to 1420. The very ancient parish Church of San Giusto was cited in documents from 923 AD, though the structure we see today was constructed in 1189, as is testified by the “signatures” of its builders, Barone Amico and Bono di Calci, in an inscription on the left hand transept. Its lovely Romanesque style portal is surmounted by a lunette and a lintel decorated with floral motifs. Finally, the Church of the Madonna di Sopra la Porta was erected in around 1480 and enlarged in 1772 to commemorate a miraculous event of 1767: during a terrible flood, the image of the Virgin inexplicably caused the gate “below” the borgo to open, permitting the water to flow out. Thw whole Borgo inside the walls is charming, with its medieval houses and workshops tinted in the colours of the local stone that combine with the hues of the roof tiles in a symphony of red and grey. In the atmosphere of this ancient rural landscape the mind delves into the past, reading the history in the terracotta, in the old chiseled stones, in the crumbling plaster, in the stacks of woodpiles.

Walking among the olive trees in the hot summer days, you’ll have the feeling of being watched by these centenarian guardians, witnesses of this land’s past. In Tuscany in general and in Suvereto in particular, the olive tree and its fruit are the symbol of both a land and its civilization. The prized meat of the wild boar is the heart of the Suvereto Festival. You’ll only need to pass through the battlemented gate to the first food stand in order to sample the famous wild boar sausages, the ham “with bristles” and other delicacies.

What is “BORGO”. The literal translation of Borgo in English would be “Village”. But the term Village does not fully explain what a “Borgo” is. A “Borgo” is a fascinating small Italian town, generally fortified and dating back to the period from the Middle Ages to the Renaissance.
Category: Toscana29 December 2017