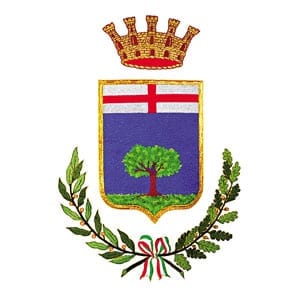 The name Tellaro could derive from the Italian tela (canvas), referring to the canvas and woven trading, or from the Latin telus (dart), or even from the Etruscan or paleo-Ligurian  tular that means “border of the village.”

You can start visiting the Borgo from St. Terenzo, just before Lerici, where you can admire the Castle, the House of Magni that was residence of Mary and Percy B. Shelley and Villa Marigola with its great park, visited by the famous  painters called ”macchiaioli” (Florentine impressionist painters), Gabriele D’Annunzio and Sem Benelli, that in the tower in the middle of the park wrote the famous ”La cena delle beffe”. The beautiful Castle of St. George was built in 1152 on the rocky promontory in front of the bay and modified several times. Between the castle and the port (in the actual Garibaldi Square) you can admire Palazzo Doria, so called for having sheltered the Genoese admiral Andrew Doria when, in 1528, he betrayed France for Spain, putting his ships to its service for the control of the Mediterranean. After the restoration, Palazzo Doria became a museum and an exhibition and cultural space.The Ghetto, founded in 1676 by the cardinal Spinola, housed numerous families of Jewish merchants.

Coming back to Tellaro, “a paradise between sea and sky, between the rocks and the green mountain”, as Mario Soldati wrote, you’ll find immediately the little church of St. George and the fortified borgo. Tellaro is a corner of world perfect to rest in peace and serenity far away from noisy city life.

This area produces an excellent extra virgin olive oil. The legend of the octopus that saved the inhabitants from the Saracen pirates’ attack influenced also the local cooking: local octopus is served in numerous variations, such as Polpo alla Tellarese.

What is “BORGO”. The literal translation of Borgo in English would be “Village”. But the term Village does not fully explain what a “Borgo” is. A “Borgo” is a fascinating small Italian town, generally fortified and dating back to the period from the Middle Ages to the Renaissance.
Category: Liguria29 December 2017