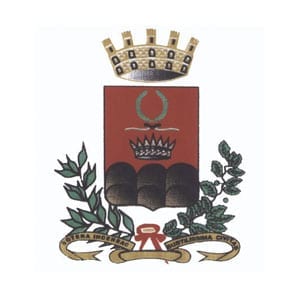 The name has resisted the Arab influence while preserving its Greek medieval origin: it probably derives from Sotera, “savior”, with reference to the defensive bulwark represented by the mountain and by the fortifications of the Byzantine era; or from Soteira, “she who saves”, attributed to the goddess Artemis.

You may start your visit from Sant’Agata square, where the fifteenth century church stands. It has three naves and wonderful wood carved decorations, the splendid marble statue of the Madonna delle Grazie, work of Lombard craftsmen, and the canvas of the Madonna of the Innocents by Mariano Rossi (mid-eighteenth century). Along via Roma, you can see the ruins of the fifteenth century Salamone Palace, in which Francesco Salamone, a warrior, was born (1478-1569). Another church in Piazza del Carmine is Maria Santissima del Carmelo, rebuilt in 1934-36; the original and current structure incorporate a small portico. To its right, the small convent (1664), recently renovated, today housing a museum. Inside, the Madonna del Soccorso is a marble masterpiece by Bartholomeo Berrettaro: the statue was sculpted in 1503 for the Salamone family, whose coffins adorn the chapel on the right of the choir. Continuing along via del Carmine you’ll reach the Rabato, the district at the end of the town founded by the Arabs around 860 a.d. The Rabad – a term that stands for “suburb” – was formed by gypsum houses, narrow streets, steep staircases and terraces. The typical Sicilian house derived from the model of the Arab village: the dammuso , with one room only. The Church of Santa Maria Assunta, renovated in 1585, with an elegant Renaissance portal and a baptismal marble font, has some of the architectural elements of the previous mosque. From piazza del Carmine, going up a staircase of 183 steps distributed in four ramps on the San Paolino mount, 812 meters high, you’ll get to the terrace where Giovanni Chiaramonte had the sanctuary of San Paolino erected on the structures of the ancient Byzantine castle. Near the church, the small Padri Filippini convent preserves the canvas of the Madonna on the throne among the saints Damian and Cosma by Filippo Tancredi. The real treasure of the church are two reliquary urns, maximum expressions of the Sicilian gold-working. The urn contains the bones of San Paolino. In one of the hills surrounding the Borgo of Sutera, called “rocca spaccata” (split rock), according to tradition the rock opened up with the last breath of Jesus on the cross. On the hill of San Marco, you can admire the figureddi, frescoes representing the four Evangelists, the Madonna and Saint Paul, in Byzantine style, likely a work of the Basilian monks between the IV and the VI century.

Here, the container is as important as the content: lu panaru is a basket of olive branches (but also of willow or elm) twisted and braided together, which usually contains the traditional sweet li virciddata, or the fallamasa almonds, olive oil and local cheese. The maccu di fave is also very tasty.

What is “BORGO”. The literal translation of Borgo in English would be “Village”. But the term Village does not fully explain what a “Borgo” is. A “Borgo” is a fascinating small Italian town, generally fortified and dating back to the period from the Middle Ages to the Renaissance.
Category: Sicilia29 December 2017