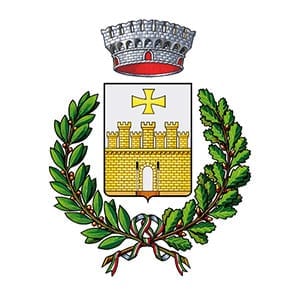 Suana is the name given to the Etruscan city by the Romans after their conquest of the Vulci territory in 278 BC. The name derives from the Etruscan suf, meaning “green earth.”.

It is hard to say whether Etruscan or medieval memories hold sway in little Sovana. While the presence of the Etruscans is strongly evidenced by the necropolis, the enchantment of the historic center is entirely medieval: Sovana’s closely grouped religious and public buildings illustrate the importance of this town during the feudal era, erected on a block of tuff in a patch of the Tuscan Maremma along the border with Latium. It seems incredible that this Borgo of only a few houses, crossed by a single street (the only one left), once held city status, that it was the main center of a vast county and a fortified stronghold which gave birth to a pope. All of Sovana lies between the fortress and the Cathedral, monuments which stand as symbols of the political power of the Aldobrandeschi family and the spiritual power of the Church. Of the Aldobrandeschi Fortress, set within the medieval walls, only some imposing ruins remain, including the lopped off tower. Built in the 11th century and later restored by Siena and the Medicis, its underground passages were connected to Sovana’s other gateways, allowing the rapid movement of troops. In the 17th century, having lost its military importance, the fortress was dismantled. At its base, near the gate, the fortress incorporates blocks of ancient Etruscan walls from the 6th century BC. From the fortress gate you can access Via del Pretorio and continue on to the central square, overlooked on the left by: the externals walls of San Mamiliano, the town’s oldest church (erected in the 4th century AD over the remains of an Etruscan and later Roman construction); the Bourbon Del Monte Palace, owned by the marquis of the same name, with its rustic façade and wide colonnade (16th century); the adjoining Church of Santa Maria (12th-13th century), which retains traces of the Romanesque and Gothic periods, 16th century frescoes and above all a splendid pre-Romanesque ciborium (8th century), unique in Tuscany. The square, enclosed by the 13th century Palazzetto dell’Archivio with its Clock Tower – so named because used for public functions – presents on its right the Palazzo Pretorio (13th century), restored by Siena, whose coats of arms dominate the façade next to those of the Medicis. At its side, the Loggia del Capitano bears a coat of arms of Cosimo I. The Cathedral rises on the western strip of the block of tuff dominating the valley of the necropolis, just outside the Borgo. It was built in different periods  – Lombard, Romanesque, Gothic. Inside there are exquisite sculptures dating to the Romanesque era, especially on the portal and on the lunette over the main entranceway. Piazza del Pretorio, with its cozy medieval atmosphere, the ciborium in the Church of Santa Maria and the cathedral portal, are not the only wonders offered by a tour of Sovana. The warm hue of the tuff, hollowed out and polished by the water, the verdant oaks and the dense shrubbery in the ravines and gorges almost conceal the most important rupestrian Etruscan necropolis. The most beautiful funereal monuments date back to the beginning of the 3rd century BC, including the large Pola and Ildebranda tombs, which recreate an Etruscan temple of the Hellenistic age. In the depths of the wood you’ll find chamber tombs wedged into the ridge of tuff. You can also admire the intriguing niche tomb of the Siren. To the left stood Vanth, the goddess of death, now recovered in fragments and exhibited in the Archeological Museum of Florence.

Only a few kilometers away from Sovana you cannot miss to visit Sorano, the Municipality to which Sovana belongs. Take the time to venture into the alleyways of this medieval Borgo, with its small piazzas, portals of aristocratic residences framed in rusticated stonework, Via del Ghetto with its Jewish oven, and its houses huddled together on the cliff overhanging the Lente river valley

Sovana DOC is a strong red wine of the Maremma area, made with grapes which have reached a perfect level of maturation thanks to their optimum exposure to the sun’s rays. Kosher wine is still produced in Sorano, using Jewish wine-making techniques, in memory of the Jewish community which had its synagogue here. Olive oil is the other traditional product of Sovana’s hills and surrounding area. Famous for its high quality, it is one of the best in Tuscany. Acquacotta and buglione lamb are the local specialties. Acquacotta, once considered a humble dish, is made with three onions, a celery stalk and leafs, puréed tomatoes, Sovana olive oil, salt, hot pepper, 40 grams of grated pecorino cheese, four eggs and Tuscan bread that is a few days old (dried out).

What is “BORGO”. The literal translation of Borgo in English would be “Village”. But the term Village does not fully explain what a “Borgo” is. A “Borgo” is a fascinating small Italian town, generally fortified and dating back to the period from the Middle Ages to the Renaissance.
Category: Toscana29 December 2017