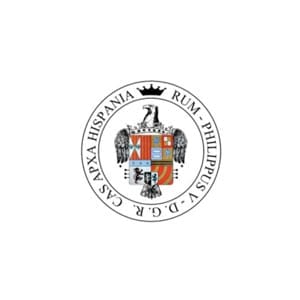 In the Norman period the borgo was called Lupia (or Casal Lupin) for the presence of wolves; in the Aragonese age its name became Mons Almo (Almo Mount) or Johalmo. It took the name of Mons Rubens, Red Mount, from Count Rosso of Messina that founded it.

You may start you visit from the vast piazza San Giovanni, freed from cars, called u chianu (the plain) in local dialect, due to the fact that the streets of the borgo follow the curve of the mountain. One side of the square is occupied by the church of St. John the Baptist, located at the end of a wide staircase which gives it a sumptuous and scenic aspect. The church, slightly damaged by an earthquake, has a Baroque façade and a colonnade on which the bell tower stands. The interior is decorated with stuccoes and two artworks by local craftsmen. Worthy of note are the alabaster statuettes of the Madonna Assunta (XVI century) and the wax statue of the Madonna in sleeping position, typical of the Eastern Christian iconography. The other sides of the square are occupied by Palazzo dei Baroni Noto and three nineteenth century and neoclassical buildings: the City Hall, Palazzo Sardo and the monumental Palazzo Cocuzza. The Church of Sant’Anna completes the square, with a marble balustrade that separates the chancel from the nave. Going down the main street, Corso Umberto I, you will get to the end of the borgo, in an area called affacciata, where there is a fountain that in the past was used to quench the animals, especially mules and donkeys. Going back, from Piazza della Rimembranza, take via Pagano, toward the highest part of the borgo where the humble houses of the peasants stand. From Piazza San Giovanni, going along via Roma, on the other hand, you can see the mansions that belonged to the noble families, such as the Baroque Palazzo Burgio and the nineteenth century Casa Barone. After a couple of curves you will arrive to Piazza Sant’Antonio, facing two churches. The first, the Mother church, rebuilt after the earthquake of 1693, has a Gothic façade that vaguely recalls the religious architecture of central Italy. Of the original thirteenth century church only two stoups remain and, behind the altar, part of the ancient stone floor. The wooden cross is attributed to friar Umile from Petralia. The second church, dedicated to Sant’ Antonio Abate, was rebuilt after the earthquake of 1693 with a façade embellished by a portal and a bell tower with three open cells and balustrades in stone. The single nave interior retains a large altarpiece dated 1525 by an unknown author depicting the Martyrdom of San Lorenzo. From the stairs located on the left side of the church you will get to the bridge that leads you to the ancient district of the Cava, that better than others has retained its original medieval appearance.

The bread is the specialty of Monterosso, seasoned with oil, salt, oregano and cheese. There are also the loaves of bread for special celebrations, in the form of the breast for the feast of Sant’Agata or eyes for that of Santa Lucia, and various types of biscuits. Mushrooms are common in autumn, as well as the chickling vetch, legume at the base of a tasty polenta. The cavatieddi, homemade pasta, rolled up with the fingers and seasoned with tomato sauce.