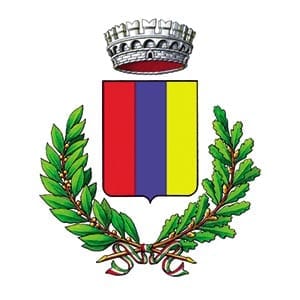 The name probably derives from a lexical corruption of Massa Afraniana, a Roman latifundum belonging to the gens Afrania, illustrious family that had possessions in the territory.

It takes a while to walk around in the historical center of Offagna, but it is worth lingering on the details, observe calmly. In the main street of the borgo you can admire the nineteenth century window that was part of the ancient Monte di Pietà. Another sign can be found in the Church of the SS. Sacrament built by the architect Andrea Vici, who landed in Offagna after having worked with the Vanvitelli at the Reggia di Caserta. The church, dated 1787, is a jewel of the neoclassical style, appreciated for its formal purity and for the amazing location at the crossroads between two streets. Taking back via dell’Arengo, you’ll arrive to the Rocca (fortress), passing by the Town Hall and the Monastery of Santa Zita, another remarkable work of Andrea Vici. Built in 1767 inside the walls, the monastery has a fortified but modest structure. The Rocca (1454-56) is a remarkable example of military architecture between the Middle Ages and the Renaissance. It has a quadrangular shape and  rests on a volcanic rock , the semicircular tower that closed the city walls at north east is still visible. Along the solid walls runs the cammino di ronda (patrol path). The weapons Museum and the Museum Paolucci, inside the fortress, are a  must see. From the square of the town you can head toward the Church of Santa Lucia (1372). Inside, there are two seventeenth century paintings. Andrea Vici has rearranged the sacristy after the discovery of the remains of a martyr in 1761.

Two other places are worth a visit: Villa Montegallo, situated on a hill facing the sea, is just outside the historic center. Its enlargement was by Andrea Vici. The original body (seventeenth century) was wanted by the Cardinal Antonio Maria Gallo. Its function was the one of an aristocratic residence in campaign where the owners could relax and dedicate to activities such as hunting. Same thing for Malacari Villa, (1668) and equipped, already at that time, with warehouses, cellar,  stables, prefiguring, thus, its current usage as winery. Even here, the garden is wonderful.

The Crescia Fogliata is common in the local cuisine (traditional walnut, a sort of piadina cooked over coals, served with foie de campo, a mixture of particular herbs gathered in the fields around the village, which are boiled, drained and stirred in the pan with salt, garlic, rosemary. For meat lovers there is roasted rabbit and stuffed pork. In winter, cookies with must (a type of wine) are a must.

What is “BORGO”. The literal translation of Borgo in English would be “Village”. But the term Village does not fully explain what a “Borgo” is. A “Borgo” is a fascinating small Italian town, generally fortified and dating back to the period from the Middle Ages to the Renaissance.
Category: Marche4 January 2018