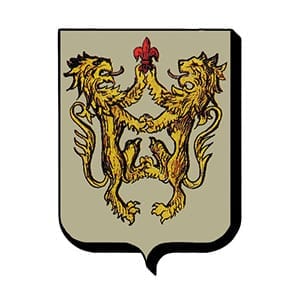 The name Puppio seems to derive from a Latin first name, Pupius or Puppius, but it is not to be excluded the Lombard origin of the name Poppo.

Poppi is located in the center of the Casentino Valley, one of the most beautiful valleys in Tuscany. The medieval Borgo is a beautiful example of walled town, with the Castello dei Conti Guidi  dominating from the cliff. The Castle was designed by the celebrated architects of the Di Cambio family and was a “prototype” for Palazzo Vecchio in Florence. Built in the 12th century, its façade has two mullioned windows, with a high tower at the center. It is surrounded by a defense wall with Guelf embattlements and a broad moat. Thanks to the frequent restorations over the centuries, the castle is perfectly preserved. It houses a library, the Biblioteca Rilliana, which has hundreds of medieval manuscripts and precious incunabula. It also houses the Conti Chapel, with a cycle of 14th century frescoes attributed to Taddeo Gaddi, a pupil of Giotto.

Going down from the castle you’ll come to the Rectory of Santi Marco e Lorenzo (18th cent.), which holds works by Ligozzi and Morandini.

On the main square, there is a rare example of Tuscan Late Baroque architecture, the Oratory of the Madonna del Morbo (17th cent.), a hexagonal building with a tiled dome ringed by an exquisite arcade. Inside there is a fine Madonna and Child by Filippino Lippi.

Continuing down the main street flanked by porticos – a rare architectural element in Tuscany – you’ll arrive to the Badia di San Fedele (11th cent.), with many paintings hanging on the bare stone walls, including a crucifix recalling Giotto’s style, the magnificent 13th century panel of the Madonna and Child, and paintings by Jacopo Ligozzi, Portelli, Davanzati, Francesco Morandini and Solosmeo.

Last but not least is the monastery of the Augustinians (16th cent.), which has splendid Della Robbia terracottas. A pleasant conclusion to the visit is a walk along the circuit of medieval walls, from which you can enjoy lovely views of the Tuscan countryside.

The famous “panno lana” cloth, originally from Stia but found all over the Casentino, woven using traditional methods and sold at a shop in Poppi. “Casentino” cloth, first worn by monks and mountain folk, is now made in a variety of hues, in particular the traditional colors are orange and green.

The tortello di patate differs from ravioli only in its filling: instead of spinach and ricotta, it is stuffed with the incomparable Casentino potatoes, certified as DOP.

What is “BORGO”. The literal translation of Borgo in English would be “Village”. But the term Village does not fully explains what a “Borgo” is. A “Borgo” is a fascinating small Italian town, generally fortified and dating back to the period from the Middle Ages to the Renaissance.
Category: Toscana4 January 2018