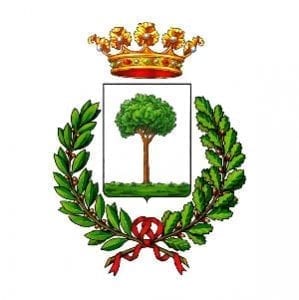 An inscription of the second century A. D. allows us to trace back the name of the Borgo to the Pompea family, who lived here.

Narrow streets and canals, the Garzaia Natural Reserve, the main embankment:  this is Pomponesco, a borgo of visual perspectives, from the river to the square, from rows of trees to arcades, from hedges to walls. The 16th century orthogonal layout of the streets reflects the urban plan by Giulio Cesare Gonzaga. The courtyards at the corners testify the relevant agricultural activity of the area. The destruction of the Gonzaga castle by the French at the end of the eighteenth century left the square empty, bordered to the north by the stables; only few buildings have survived.

You can start your visit from Piazza XXIII April, which has remained substantially unchanged since the 17th Century: it is surrounded by buildings with arcades and dwellings, built between 1590 and 1630, many of them retain large rooms with wooden ceilings; the frescoes have been preserved only in a manor house, today used as a hotel.

On the square, facing each other, you’ll find the bell towers, the town hall and the archipretal church of Santa Felicita and the Seven Brothers Martyrs. The latter dates back to 1339, but today’s layout is due to the restoration by the architect Giovan Battista Vergani made in 1829 and 1831. The façade was built in 1921 and is made of hammered concrete and large arches: originally the upper part of the façade was backward compared to other buildings and the vestibule was aligned with the porticoes of the square. The interior of the church has three round aisles with coffered ceilings and transept.

Going on, the visit continues with the Cantoni palace, which belonged to one of the most important Israelite families in the country, and to the small Jewish cemetery where the writer Alberto Cantoni (1841-1904) rests. Cantoni was linked to his native town as his friend, painter Gerolamo Trenti (1824-98), one of the most famous exponents of Lombard landscape of the nineteenth century.

Finally, you cannot miss to visit the 1900 Theater, a small town theatre as there were many in this area a century ago.

Further on, in the hamlet of Correggioverde, the parish church of Santa Maria Assunta, built in 1750 by the architect Pietro Antonio Maggi. All around, haylogs, barns, farmyards, abandoned rural buildings, gates and gates are reminiscent of the great past of agricultural civilization.

Luadel is the local specialty, it is called ”the bread of the poor”. Do not miss to taste cappelletti filled with beef, tortelli filled with pumpkin and maltagliati with beans and vegetables. The local agriculture offers excellent melons and watermelons, pears, and grapes used to produce Lambrusco wines.

What is “BORGO”. The literal translation of Borgo in English would be “Village”. But the term Village does not fully explains what a “Borgo” is. A “Borgo” is a fascinating small Italian town, generally fortified and dating back to the period from the Middle Ages to the Renaissance.
Category: Lombardia4 January 2018