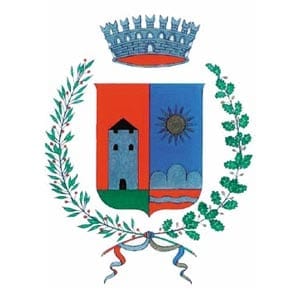 The name goes back to Roman times: vicus means “village” and corresponded to a small settlement, perhaps a simple troops’ camp.

Vigo lies in the widest and sunniest basin of the Val di Fassa, around the Sella massif and below the Catinaccio and Latemar peaks. There is a word here that expresses so much beauty: enrosadira. It comes from the Ladin enrosadöra (“to become pink”) and describes the phenomenon whereby the peaks of the Dolomites, at sunrise and sunset, assume a reddish color that turns toward the purple. We are in the legendary realm of King Laurin, who had in the Catinaccio (Rosengarten in German, “rose garden”) a splendid expanse of red roses: the same that, returning for a few moments to bloom as before, dye the mountains of red.

Besides being the geographical centre of the valley, Vigo has been its administrative heart until the 19th century: it housed the judiciary (the Judgement of Fassa, which represented the imperial authority), the legislative (the assemblies of the Community) and the religious power (thanks to the presence of the parish church of San Giovanni and the church of Santa Giuliana, patron saint of the valley).

Vigo is composed of various hamlets. In San Giovanni, the daring late Gothic forms of the parish church stand out, consecrated in 1489 and built on an former Romanesque church. The elegant bell tower is the result of an elevation of the former Romanesque building, with its slender spire that reaches 67 metres height. The apse features a cycle of frescoes by Ruprecht Potsch from South Tyrol, painted in 1498, and paintings by David Solbach (1578).

In the building that houses the Ladin Cultural Institute, the valley people delivered their harvests as tithes for the Prince-Bishop. Near the parish church there is the sixteenth-century Ciasa Soldà, a national monument.

Each hamlet has its own atmosphere and some interesting features. Crucifixes and newsstands are also present at crossroads and even in the fields, as are fountains  and large wooden barns.

The first hamlet  you come across is Valle (Val): its rural aspect is preserved thanks to the numerous barns (the one that bears the date 1606 on the architrave is the oldest in Vigo), the fountain, the eighteenth-century crucifix and various cottages.

Costa, which can be reached from Val through the Strada de Somcosta (Somcosta street), also has its own fountain (large, with three wash houses), its wooden crucifix and old houses.

Continuing upstream, through the meadows, you’ll reach Larzonei (Larcioné in Ladin , from the Latin laricetum, “larch forest”), with its traditional architecture, where there is a building with two bread ovens. From a fountain covered by a canopy, a path starts leading to Tamion, the highest hamlet, located on a panoramic terrace where you can see, among the houses and old barns, the little church of the Trinity built in 1708.

The sixth and last hamlet is Vallonga (from the Latin Vallis longa), stretches around the eighteenth-century church of San Giovanni Nepomuceno. Also here you can admire the characteristic barns.

The visit to Vigo ends with the church of Santa Giuliana, the richest in history in the valley. It rises in a panoramic position on the primitive Rhaetian settlement. Documented as early as 1237, it was rebuilt and consecrated in 1452. The central sail of the apse vault shows a very rare Trinity, a wonderful triptych made of polychrome and gilded wood on the main altar by Georg Artzt (1517), one of the most valuable wooden works in the whole of Trentino, even if some statues are copies.

What is “BORGO”. The literal translation of Borgo in English would be “Village”. But the term Village does not fully explain what a “Borgo” is. A “Borgo” is a fascinating small Italian town, generally fortified and dating back to the period from the Middle Ages to the Renaissance.
Category: Trentino - Alto Adige22 March 2018