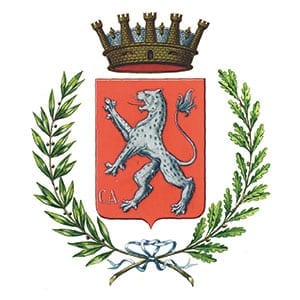 In the name there is the essence of this borgo: from the Latin asylum (“refuge”),  it is the place chosen by those who want to escape from the stress of the city and enjoy an atmosphere of peace and serenity.

You may start you visit from the central square, today named Piazza Garibaldi, with its old fountain and the lion of St. Mark.

The Cathedral was rebuilt in 1747, but its façade retains its original Romanesque structure. Inside there are important artworks, such as the Assumption, a masterpiece by Lorenzo Lotto (1506). The Loggia della Ragione was the hub of the administrative life; in the Sala della Ragione there are the coats of arms of the Asolo lords. The façade facing the square has a fresco by Contarini.

Taking via Browning, you will come to Palazzo Polo with its elegant three-mullioned windows, the Tabacchi house (where Browning wrote the ”Asolando” verses), the Zen fountain (1571) and Villa Freya, the residence of the Stark family. Passing Porta Loreggia you’ll reach the Malipiero house, where the Venetian musician lived, and the Church of San Gottardo.

In Via Bembo you can walk alongside the fortified walls that lead to the Fortress and back to the square.

In via Regina Cornaro there are 15th century palaces with porticoes and decorated with frescoes. The Castello della Regina, or Queen’s Castle, today Teatro Duse, with the Civic tower and the smaller Reata tower, is on the left.

In Via Sottocastello you can find the ancient door with the same name, and Palazzo Beltramini, now the town hall.

In Via Belvedere, the Jewish community lived until 1547. In Via Canova there is the Duse house and, below Porta Santa Caterina, the De Maria house and the small, pretty Church of Santa Caterina, with frescoes from the 14th century. On the left there is Palazzo Pasquali, with a commemorative plaque remembering Napoleon’s stay (1797) .

On the hill called “degli Armeni” there is Villa Contarini with a fresco. In Via Sant’Anna there is the church of the same name.

In Via Dante you will find the elegant Villa Scotti and the former Benedictine monastery of San Pietro.

Finally, passing through Porta Colmarion, is possible, with 276 steps, reach the Rocca, a medieval fortress (13th century), at the top of Monte Ricco.

Here is an amazing view of the surrounding landscape.

This area produces excellent certified wines. The local dishes include: risotto, rabbit, omelette with salami, cornmeal mush, goose, red chicory with lard and other dishes influenced by the Venetian tradition.