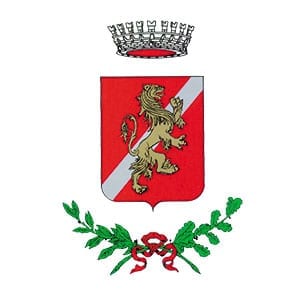 Sesto was a Roman military district on the ancient Roman road between Iulia Concordia and Norico. Reghena is the name of the river that flows through the Borgo.

The Abbey of Santa Maria in Sylvis (from Latin silva, because in the past it was surrounded by a big wood) was founded in the first half of the 18th century. In 762 the Abbey received the donation of three Lombard noblemen (Erfo, Marco and Anto), to which several others followed. The Abbey was almost entirely destroyed during the invasion of the Ungheris, a Germanic people. However, between 960 and 965, the abbot Adalberto II began the rebuilding works and the Abbey increased its power: the Abbey took the shape of a medieval castle with its own defensive system of towers and moats.

You can reach Piazza Castello, the square where the Abbey stands, passing through Torre Grimani, one of the seven towers which once protected the walls and the only one that has remained. The bell tower rising in front of it, originally was a watch tower (built around 1050); on the left you can admire the old chancellery; on the right, the abbots’ house (today the Town Hall), a Renaissance building whose front shows the frescoed coat-of-arms of the five commendatory abbots. Next to the abbots’ house is the entrance of the Abbey.

The Church. The main façade is the result of the modifications occurred over the centuries. The portal bears some frescoes dating between the 11th and the 12th centuries (in the lunette, Archangel Gabriel and Saint Benedict); on the left a small loggia, whose internal walls are frescoed with a Scene of Chivalry and an Investiture, and the external walls with Saint Christopher, Madonna and Child, between Saint Peter and Saint John the Baptist; on the right, a staircase with balustrade (14th century) leads to the Salon, where the monks used to sing their nocturnal office (today it hosts cultural events).Through the main door you can enter the vestibule, entirely frescoed with the allegorical cycle of Hell on the left, of Heaven on the right, and of Saint Michael on the inside wall. The fresco, painted around 1450, is  attributed to Antonio da Firenze and his pupils.  On the right side of the vestibule is the audience room, ancient refectory, not open to visitors.From the vestibule you can enter the Romanesque atrium, divided in three aisles by four quadrangular pilasters, which keep traces of fresco decorations. The interior of the church presents remarkable frescoed decorations, especially inside the presbytery, by the painters of the Paduan school of Giotto in the second and third decades of the 14th century.

The Venchieredo Fountain. The Venchieredo fountain is one of the best known literary places in Friuli, celebrated by Ippolito Nievo and rediscovered by Pierpaolo Pasolini. Meeting place for many generations of lovers for its beauty, its original landscape has been reestablished with the autochthonous tree species and with the typical local flora.

The Church of All Saints. Dating back to the 14th century, the parish church of Bagnarola has undergone many modifications over the years, in particular a reconstruction in the 19th century (1895-1899), which required the opening of the walls in order to build two aisles and the presbytery with its dome.
The church still keeps precious evidences of its ancient history, such as the 16th century Wood Crucifix, the stone baptismal font (beginning of the 16th century) and the Pietà, a remarkable fresco painted by Pomponio Amalteo (about 1540), now on the right aisle wall.

The Church of Saint Peter. This small country church has a medieval origin and it probably dates back to the 12th or the 13th centuries. It consists of a rectangular room which ends with a small semicircular apse. Its current appearance is the result of the restoration works which ended in 1997 and gave back dignity to this characteristic and old sacred site. The works of restoration were preceded by an archaeological excavation which brought to light two floor layers and the remains of some graves dating back to the period between the 12th and the 15th centuries.

Votive Churches. Many small votive churches are spread in the surroundings. In Marignana, the small church of Saint Urban dates back to 1600; its altarpiece with Saint Urban was painted in 1893 by A. Pascotto. In Braidacurti, the oratory of Santa Clara is a building of the 18th century which has been modified several times. In Banduzzo, among a group of rural buildings, lies the small church of Saint Anthony, which dates back to the 18th century. It was built by the local owners and it contains the contemporary altarpiece representing Saint John the Baptist and Saint Anthony of Padua.

Guinea-fowl chest (with radicchio, ham and potatoes) is the main dish. The Bussola biscuits are one of the legacies of the Venetian tradition, the texture of these biscuits is due to the great amount of butter and eggs.

What is “BORGO”. The literal translation of Borgo in English would be “Village”. But the term Village does not fully explain what a “Borgo” is. A “Borgo” is a fascinating small Italian town, generally fortified and dating back to the period from the Middle Ages to the Renaissance.
Category: Friuli - Venezia Giulia21 December 2017