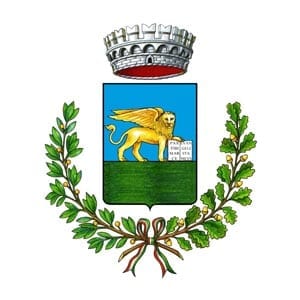 The name probably derives from the local possessions of Publio Servilio Rullo, tribune of  Gneo Pompeo the Great. Some findings also refer to the Roman Gens Servilia.

Servigliano was probably raised on a hill by the Radonidis, a people descending from the Count Mainardo, and was at first named Castel San Marco. It was one of the major castles of the territory of Fermo and had a strategic position. Due to the hydro-geological instability, the Borgo was abandoned in the XVIII cent.  The new Borgo was raised under Pope Clemente XIV with the name of  Castel Clementino and its construction was finished  by Pope Pio VI. The Borgo was named Servigliano in 1863.

The Borgo has a quadrangular structure, in Neoclassical Style, with three monumental gateways. The architecture recalls the Christian symbol of the cross, an intersection of two main streets. It’s a unique example of this kind of architecture in Europe. The Church of the Collegiata of San Marco is worth to visit, with its XVIII cent. organ and the relics of Saint Servigliano and Saint Gualtieri.

Worth seeing are the Collegiate Church of San Marco, with its eighteenth-century Fedeli organ and the relics of San Servigliano and San Gualtiero; the Palazzo Vecchiotti, an imposing three floors building with a roof terrace; the restored monastic complex of the Frati Minori Osservanti with the Sanctuary of Santa Maria del Piano, built on the remains of a Roman villa of the first century.

An excellent olive oil and some fine wines are produced in the area, nationally awarded. Typical of the area are: the chocolate snake, a typical sweet; the ciauscolo, a delicious salami; the vincisgrassi, lasagne baked in the oven with meat sauce and béchamel.

What is “BORGO”. The literal translation of Borgo in English would be “Village”. But the term Village does not fully explain what a “Borgo” is. A “Borgo” is a fascinating small Italian town, generally fortified and dating back to the period from the Middle Ages to the Renaissance.
Category: Marche21 December 2017