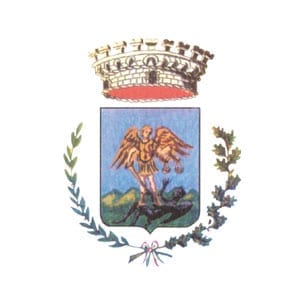 Probably the X century castle, mentioned with the name  Bantra in “Chronicon Vulturnense” and Vandra in following documents, has changed its name to Fornello in the XI century and Fornelli around the half of 1600. The etymology is connected to the presence in the territory of furnaces for bricks and tiles or ovens for the processing of metals.

Fornelli has one of the best preserved medieval wall circuit of Molise and a structure that still reflects the original one. Although the borgo does not present buildings of particular architectural importance, Fornelli is valuable for its compact historical urban structure. The evidence of its existence dates back to year 981, when the castellum quod Vantra nominatur, the same that, in another part of the document, is called castle de Vantra quod dicitur Fornellu, takes part in a judicial dispute about the castles at the service of the abbey of San Vincenzo al Volturno. The Mother Church, entitled to Saint Michael Archangel, suggests that the hill on which it stands has seen the passage and the ruling of the Longobards. In the highest part of the borgo are the baronial palace that recalls in large part the system of the ancient Lombard castle. The seven towers incorporated in the defensive walls dates back to the Norman and Angioin period. Through te main gateway you will access to the historical center, it was equipped with a drawbridge that rose on the moat. You can enter the village even through Porta Castello and Porta Nova, which are so small that they even prevent access to motor vehicles. The baronial palace has two circular Norman towers incorporated in the main façade, whose strict symmetry is softened by elements of late Baroque as in the brackets of the balconies. The latest changes to the palace were made by the family Laurelli. The church of San Michele Arcangelo, on which stands the bell tower of 1738, was consecrated in 1746. The recent tampering of the vault changed the original shapes; it is still suggested the visit to the statue of San Michele and to the three recently restored paintings of the eighteenth century. The fountain dedicated to Summer (Estate in Italian), a copy of the sculpture that the French Le Mathurin Moreau presented to the Universal Exhibition in Paris in 1855, is situated in the square visible from the church of St. Peter the Martyr.

Fornelli is known as City of the oil as its surroundings are full of olive trees that produce a fruity and light oil. A mill at the entrance of the borgo and a marketing cooperative testify the importance of this product for the local economy. In the territory you will also find truffles, as in other areas of Molise region. Finally, there are cultivated endangered legumes along the Vandra river.

Do not miss to taste the taccunell and fasciuel (pasta without eggs, cut into squares, seasoned with sautéed in olive oil, garlic and beans), then sciurc Coccia (zucchini flowers in batterfried) and then r suffritt (entrails or offal fried lamb with potatoes and peppers) or casc e ova ( liver kid with eggs and cheese).  Worth to taste are all the desserts: the cioffe at Carnival (flakes of pastry fried), the pastiera at Easter (tart rice cooked in milk) and r’ sciaiun (calzones stuffed with various types of cheeses and vegetables), the cecerchiata at Christmas (balls of sweet pastry with honey) and  r sciusc (bread dough and potatoes, fried and sprinkled with sugar).

What is “BORGO”. The literal translation of Borgo in English would be “Village”. But the term Village does not fully explain what a “Borgo” is. A “Borgo” is a fascinating small Italian town, generally fortified and dating back to the period from the Middle Ages to the Renaissance.
Category: Molise9 January 2018