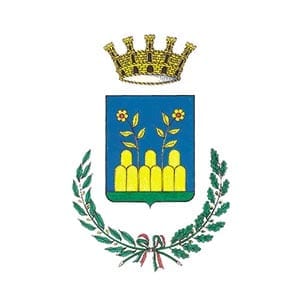 The name Treia probably derives from Trea-Jana, a Greek-Sicilian god that was venerated in the Roman settlement of Trea.

Twenty five centuries of history have left their indelible traces in this Borgo. The city of Treia with its thirteenth century walls, Lombard towers, Renaissance and neoclassical buildings, is a maze of charming alleys and lanes that lead to the magnificent Piazza della Repubblica, which is like a horse shoe surrounded by an aerial balustrade with a marble monument of Pope Pius VI. The neoclassical Valadier House, now home to the Georgic Academy, stands together with the Town Hall (XVI-XVII sec.) and the Church of S. Filippo with its fifteenth century crucifix and its statues of the Evangelists by Varlé. In this part of Marche region, churches are both artistic treasures and works of art custodians. The Church of San Michele, in Romanesque style, with Gothic elements, stands in front of the baroque B, in which a statue of the Madonna of Loreto is preserved. According to legend, this is the original statue and the one standing in Loreto is a copy, which was placed there in order to preserve it from the Napoleonic raids. The cathedral, designed by Andrea Vici, a pupil of Vanvitelli, holds a lunette by Pagani, a tablet by Giacomo da Recanati and a marble bust of Pope Sixtus V, a copy of which is part of a collection in the Victoria and Albert Museum in London. Leaving the apse of the cathedral, you’ll get to Porta Vallesacco, a national monument of the thirteenth century. This is where the Montecchiesi captured, using a stratagem, Corrado d’Antiochia, who was engaged in an epic battle, that was illustrated on the superb curtain of the Civic Teathre by Silverio Copparoni (1865). Here you can admire some very beautiful frescoes. From Porta Vallesacco, a short walk will lead you to the Santuario del SS. Crocifisso, that was designed and built by Bazzana in the place where the Roman Trea rose. According to legend, the Crucifix was carved by an angel, but for some scholars it reveals the work of Donatello. The face of Christ is very interesting as it shows three different facial expressions depending on the angle.

The calcione of Treia, a DOP product, is a typical Easter recipe, it is a sheet of pasta dough filled with a mixture of flour, eggs, pecorino cheese, sugar, oil. The external dough tastes sweet while the filling is savory; it can be appreciated as a snack or as a dessert. Do not miss the Calcione Festival when you can enjoy it fried or baked, served with Verdicchio and Vernaccia of Serrapetrona wines.

What is “BORGO”. The literal translation of Borgo in English would be “Village”. But the term Village does not fully explain what a “Borgo” is. A “Borgo” is a fascinating small Italian town, generally fortified and dating back to the period from the Middle Ages to the Renaissance.
Category: Marche29 December 2017