civita
in the Municipality of Bagnoregio
(Viterbo District)
Altitude
mt. 485 a.s.l.
POPULATION
3860 (8 in the borgo) 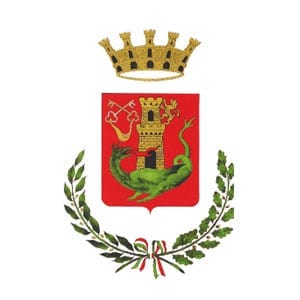 Balneum regis, literally “King’s Bath,” is the Gothic-Lombard origin of the place name, defining a king’s property and appears for the first time in 599 in a letter from Pope Gregory the Great to the Bishop of Chiusi Ecclesio. There may be a connection with a thermal spa, but there is scarce evidence about this. According to legend, the salubrious waters of the baths healed the wounds of the Lombard king Desiderius.

The tuff hill upon which Civi­ta rises is undermined by the continuous erosion caused by two streams flowing in the valleys below and by the action of rain and wind: thus it is crumbling away, slowly but inexo­rably. The village, in which only a few families remain, is collapsing, evaporating – it is slipping away: tomorrow it will be nothing but a mirage, like the best dreams, like Venice (also condemned by water), like everything that reveals the fra­gility and powerlessness of man. Native Bonaventure Tecchi pro­vided the best definition of Civita: “the dying town.” The inevitable destiny of the place, the surreal land­scape of the muddy gullies that be­siege the borgo, the contrast of their murky colors with the golden hues of the tuff, make Civita a unique place, sunny and gloomy at the same time, alive and spectral, depending on the mood of whoever looks upon it from the precipice of the Belvedere.  Linked to the world by a single, nar­row bridge 300 meters long, Civita is set gently with its tuft of medieval houses. Entering the borgo (so to speak: just a handful of people live there), the first important monument you can visit is Porta Santa Maria, sur­mounted by a pair of lions clutching two human heads, a symbol of the tyrants defeated by the Bagnoresi, the people of Bagnoregio. Farther down, Via S. Maria opens up into the main square, where you will find the Romanesque Church of San Dona­to, remodeled in the 16th century. It holds a marvelous 15th century wo­oden Crucifix by the school of Do­natello, and a fresco by the Perugino school. The Renaissance palaces of Colesanti, Bocca and Alemanni families stand out in the tiny streets among low usual houses with small balconies and outside stairs called profferli, typical of medieval archi­tecture in Viterbo. Places worthy of a visit in Bagnoregio are the Renais­sance Porta Albana, the design of which is attributed to the architect Ippolito Scalza; the Tempietto of San Bonaventura, with a Greek cross plan and a dome; and the Cathedral of San Nicola. The present day tem­ple was first renovated in 1606, and has undergone a number of changes. Precious artworks inside include a Bible of the 12th century, which may have belonged to St. Bona­venture, and the silver reliquary in the shape of an arm giving a bles­sing, which holds relics of the Saint. Another important building is the Romanesque-Gothic Church of the Annunziata, flanked by a slender bell tower and holding a rich collection of paintings. It has a beautiful courtyard, built in 1524 and a well by Ippolito Scalza.

The local dish is fettuccine served strictly with a sauce made with chicken giblets.

What is “BORGO”. The literal translation of Borgo in English would be “Village”. But the term Village does not fully explain what a “Borgo” is. A “Borgo” is a fascinating small Italian town, generally fortified and dating back to the period from the Middle Ages to the Renaissance.
Category: Lazio4 March 2018