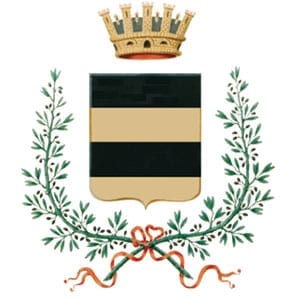 The name derives from the word ilex, “oak”, and the word garriguo, “oaks field”.

You can start visiting Garessio from the Borgo Maggiore medieval hamlet: from via Cavour you will arrive to the Porta Rose tower which today houses an art gallery. The oldest part of the borgo (founded in 1100) was surrounded by walls, towers, and gates of which only some traces remain; Porta Rose was the main entrance and was protected by a drawbridge placed between two towers.

Continuing on Via Cavour you will arrive to Piazza Carrara: on one side of the square there is Casa Odda with its beautiful medieval stone and brick façade with large Gothic windows. Standing on the other side of the square there are the Town Hall, built in the XVII century, and a bell tower. Going on, worth a visit  are Casa Averare, S. Giovanni square (considered one of the most beautiful squares in the whole of Piedmont region), the Church with the same name (placed at the top of a large staircase and decorated with 18 lunettes of the second half of XVII century that represent St. John’s life). Outside the Church you can admire the black and white cobblestone mosaic flooring designed by Giorgetto Giugiaro, the famous designer born in Garessio. Continuing along via Cavour, after a small square in which you can see a building called “Isola di Caprera”, you will find the Bricco, a group of houses gathered under the castle hill. Although a bit rundown, this is the most interesting part of the borgo.

Porta Jhape is a gate still connected to the medieval walls. Near Porta Jhape there is the ancient road used for the salt trade which linked Piemdont to Liguria. On the right side of the bridge there is the ancient Church of S. Maria with its elegant Romanesque-Gothic bell tower. The Church was built around the year 1000, it was modified but has maintained the Portal which also survived the Napoleonic plunders.

The Parish Church dedicated to the Virgin Mary was a Dominican Monastery substituted by the present brickwork building (1717-1728) by the architect Francesco Gallo.This church was destroyed by the French but was rebuilt according to the original plant and was consecrated again in 1878. In front of the church, on the other side of the bridge, you will find Piazza dei Battuti Parvi where you can admire a beautiful Early Middle Age building, with a peculiar octagonal roof; a primitive chapel dedicated to S. John the Baptist.

Outside Borgo Maggiore, you cannot miss to visit the Church of S. Caterina di Alessandria in Borgo Ponte, built in 1723 by Francesco Gallo; the church has a peculiar Baroque brickwork façade and  a 1760 side altars and a 1486 baptisimal font.

Garessio has many local products, such as mushrooms, potatoes, leeks and the typical Garessio chestnut, which is called gabbiana, but there is a very simple element that is known all over the world: the mineral water of San Bernardo. The local dishes are: the buckwheat cornmeal mush with leek sauce, fiscioi (pancakes with apples), and sweets with hazelnuts, chestnuts and cocoa.

What is “BORGO”. The literal translation of Borgo in English would be “Village”. But the term Village does not fully explain what a “Borgo” is. A “Borgo” is a fascinating small Italian town, generally fortified and dating back to the period from the Middle Ages to the Renaissance.
Category: Piemonte18 January 2018