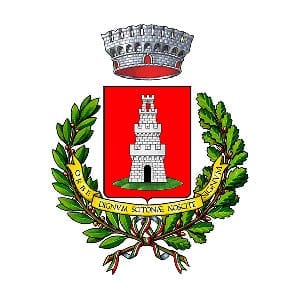 The name probably derives from an early Christian parish church, mentioned in some documents as “baptisterium Sancti Johannis de Queneto” or “de Queteno”, perhaps in reference to the Chieteno stream that flows in the south of Cetona. In a text dated 1275 this church is named as “plebs Sancti Johannis de Scetona”.

You’ll need to go up the narrow stone paved streets, called coste, or enter inside the “citadel”, the ancient cluster of buildings overlooking the Renaissance square, to understand the poetry of this place, described as a “joy of serene forms” by Piero Grassini (Cetona e il suo ambiente, 1986), capable of evoking the lost ghosts of time, among medieval passions and naturalistic suggestions.

The countryside surrounding Cetona is so beautiful that it almost seems to be a painting of the ideal Renaissance landscape. The walls once had three circuits, and today the round Rivellino tower, built in the mid 16th century, is the most important remaining trace of the third circuit.

The urban structure bears the mark of the wars in the Middle Ages, when Siena and Orvieto struggled for the control of Cetona. Towards the middle of the 1500s, the construction of the square, today named after Garibaldi, as the new access to the medieval borgo was the realization of a dream. The dreamer and driving force behind the Renaissance renewal of Cetona was Gian Luigi Vitelli, also known as Chiappino. Named marquis by the Medici, he wanted to play the part of the good governor by building this oval shaped piazza, strangely too big for such a tiny village. Here you can admire some remarkable buildings dating back to 1600-1700, including the old Palazzo Vitelli,  the former 16th century church of the Santissima Annunziata (today a municipal exhibition space) and the Church of San Michele Arcangelo, built in 1155 but renovated in the latter half of the 17th century. The arcade on the square was also designed by Vitelli, and was once used as a covered market.

From the square, and going past the Rivellino tower, you can take a small street leading uphill to fine buildings such as the old Palazzo di Giustizia and the 18th century Palazzo Sgarroni on the right, and on the left Palazzo Minutelli, today the Town Hall and, housing on the ground floor the Civic Museum as well.

The prettiest church in town is the Collegiate Church of the Santissima Trinità. Originally built in the 12th-13th century with a single nave in the Romanesque style, an aisle with a small outside portal was added on the left in 1571. The simple interior is decorated with some frescoes of the late 1400s, including an Assumption of the Virgin by the school of Pinturicchio (1454-1513).

Continuing uphill toward the Rocca (fortress), you’ll cross the Rione delle Monache, a quarter with houses built along the site of the old defense wall.

Towering above is the Rocca (today privately owned, along with the adjoining park) with its surviving tower surrounded by green pines and cypresses. This is the oldest heart of Cetona, built in the 10th century and transformed into a residence in the 16th century, with the construction of additional buildings.

Going back down toward Piazza Garibaldi, you’ll reach the second circuit of walls. From the arcade the square widens onto a small rise, behind which is the 18th century quarter constructed for the will of the noble Salustio Terrosi, who had a villa built here in 1750, together with a small 15 hectare park, both of which, unfortunately, are also privately owned.

Just outside the borgo are the Convent of San Francesco, started in 1212 and today the seat of the Comunità di Mondo X, and the hermitage of Santa Maria a Belverde, immersed in the woods of centuries old ilexes and cypresses, under a cliff of travertine. Although it was probably founded sometime around the year 1000, the hermitage as it is today goes back to 1367 and has an original structure composed of three oratories set on two floors. Inside there are 14th century frescoes by the Orvieto school.

Olive oil and wine. Cetona is a member of the “Città del Vino” (with its Chianti dei Colli Senesi) and the “Città dell’Olio” associations. Pici, a kind of thick hand-made spaghetti, served with l’aglione, a tomato sauce with lots of garlic and chili peppers, or with a meat ragù.

What is “BORGO”. The literal translation of Borgo in English would be “Village”. But the term Village does not fully explain what a “Borgo” is. A “Borgo” is a fascinating small Italian town, generally fortified and dating back to the period from the Middle Ages to the Renaissance.
Category: Toscana11 January 2018