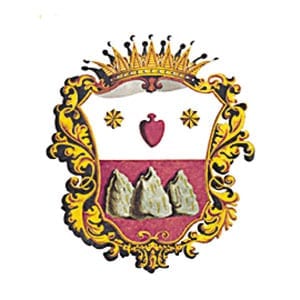 Corrilia is a late Latin word which means “place of passage”. Antelminelli is the name of the family that inherited control over the borgo and the surrounding areas from the famous condottiere Castruccio Castracani.

We are in the Middle Serchio Valley, the north eastern part of the Lucca district. This corner of Tuscany, squeezed between the Apuan Alps and the Tuscan-Emilian Apennines, is an enchanting area, a perfect symbiosis of art, history and nature. The terraces with their vineyards and the colored fields descend down to the valley of the Serchio river, speckled with villages bounded in clean, pure air. The simple but beautiful parish churches, the villages and the ruins of castles are the watchful observers of time passing by.

Rising among these villages is Coreglia. Protected by the Apennine peaks of Giovo and Rondinaio, it overlooks the Serchio valley from a cliff that turns pink at sunset, standing there for over a thousand years, in the shadow of a tower rising toward the clouds. Its position between woods and vineyards, the Romanesque ruins, fortifications built by the Ghibelline condottiere Castruccio, partly still visible,  and the powerful backdrop of the Apuans, make it a relic of the past – even today, now that it has become a renowned summer resort area.

There are two churches worth making a special trip to this place. The Church of S. Martino is pre-Romanesque and is one of the oldest churches in the Lucca area. Built in the 9th century, it was enlarged in the 10th with the interior arcades, supports, capitals and the apse visible today. Further remodeling was done in the following century, while the asymmetrical façade is due to the changes made in the 16th and 17th centuries. The bell tower dates back to 1854.

The Church of San Michele is a true art treasure chest, built in the 11th century next to the fortress and its tower, which was transformed into a bell tower. Inside, the pre-Romanesque ambo portraying a cow is probably the oldest pulpit support base among all the churches in the Val di Serchio. There is also a beautiful 15th century wooden crucifix, obviously influenced by German art, and an outstanding pair of marble statues of the Blessed Virgin and the Angel of the Annunciation. The drapery of this work, sculpted in the 14th century, recalls that of the dancer by Giovanni Pisano, and could belong to the style of Giovanni di Balduccio.

The 16th century urban plan (although modified in many instances) of Coreglia includes a number of beautiful buildings, such as the Town Hall, built in 1572, Palazzo Antonimi and Palazzo Vincenti. Benedetto Puccinelli, one of the greatest Italian botanists of the early 1800s, was born in Palazzo Vincenti.

Dominating the upper part of the borgo is Palazzo Vanni, which houses the Museum of Plaster Figurines and Emigration. The enchanting view of the Apuan Alps, silhouetted in the western sky, and fortified by that of the Apennine hills descending toward the Serchio, is a balm that soothes the pains of the world.

The woods provide chestnuts, mushrooms, and small fruits such as strawberries, blackberries, and raspberries. An excellent honey comes from the chestnut and acacia woods, brown “fario” trout swim in the mountain streams, and the beef of Garfagnana and the Valle del Serchio has its own distinctive mark. Local specialties include all the dishes based on chestnuts, chestnut flour, and mushrooms, such as the borghe (dried chestnuts boiled in milk and served hot with cream and sugar) and polenta made with chestnut flour.

What is “BORGO”. The literal translation of Borgo in English would be “Village”. But the term Village does not fully explain what a “Borgo” is. A “Borgo” is a fascinating small Italian town, generally fortified and dating back to the period from the Middle Ages to the Renaissance.
Category: Toscana14 March 2018