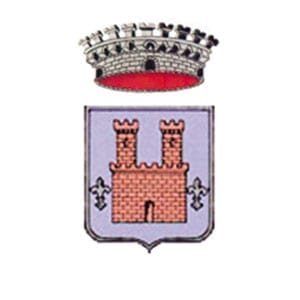 The name does not derive from the beautiful fragrant flower (giglio in Italian language means “lily”) but from the Greek word igilio (“goat”) that in Latin is Gilium. In fact, the island has always been populated by many wild goats.

Landing on the island, in Giglio Porto, a picturesque hamlet with multicoloured houses, you can admire the Torre del Saraceno, built by Ferdinand II in 1596 and a small beach called Caletta del Saraceno, with nearby remains of an adjoining fish farm of Domizi Enobarbi.

Going uphill you’ll reach the medieval borgo of Giglio Castello,located at 400 m. above sea level. Walking through the borgo means to be caressed by the wind, attacked by salty air, cross the skyblue colour of narrow streets and alleys. From the road outside the castle you can enjoy a panoramic view of Giannutri, Elba, Montecristo and Corsica islands and a quite large part of the continental coast.

Built by the Pisani in the 12th century, several times enlarged and restored by the Dukes of Tuscany, Giglio Castello is well preserved. Narrow streets towered by arches, external stairs to access houses, a large Rocca Aldobrandesca (or Pisana)– give to this borgo the appeal of a defensive castle, especially considering the continuous attacks by the sea. A huge medieval wall circuit with its three towers, protects the narrow houses. Three entrance gates to the castle are made of massive pieces of granite.

Following the walls, you will arrive to the gracious Piazza dei Lombi, and then to Casamatta, an important defensive location. On the square overlooked by the Rocca there is a remarkable building built in the 18th century, property of a famous musician.

In the centre of the borgo, on the west side, the Church of San Pietro Apostolo date back to the 15th century, even if its present appearance, thanks to the recent restorations, make it look like a building from the 18th century. On the right side, in the Cappella del Crocesso chapel, you can admire sacred objects coming from Papa Innocenzo XIII chapel: chalices, candelabras, reliquaries, all made of chiseled silver in Rome between the 17th and 18th century. Silver relics of 1724 are contained in Maniliano’s (the patron saint of the town) forearm. But the real masterpiece is an ebony statue of Christ made by Giambologna. Among 18th century paintings and busts there is also a 15th century altar.

Another particularity worth seeing are the basements of two stoops: they derive from a Roman villa of the Domizi Enobarbis of Giglio Porto (I-II century A.D.).

In Giglio Campese, finally, the Torre Medicea, built between the 17th and 18th century is located on a granite oxbow.

The main product of Giglio is the robust and amber coloured Ansonaco wine. It can be tasted in one of the numerous canteens where it is produced and preserved. Honey and panficato, a sweet made of figs and dry fruit, are also appreciated. We suggest you to taste  alla cacciatora wild rabbit, cooked with tomatoes, spices that grow in the thick Mediterranean bushes and a bit of red pepper. The cuisine of the Tuscan’s islands is typically Mediterranean: simple dishes but very palatable based on fish and crustacean, aromatized by the scent of bushes and accompanied by local wine.

What is “BORGO”. The literal translation of Borgo in English would be “Village”. But the term Village does not fully explain what a “Borgo” is. A “Borgo” is a fascinating small Italian town, generally fortified and dating back to the period from the Middle Ages to the Renaissance.
Category: Toscana14 March 2018