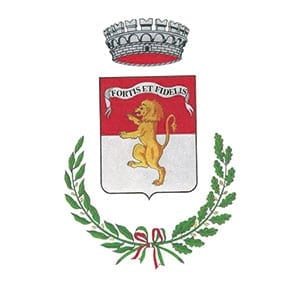 Castiglione derives from Castelleone, Castrum Leonis, perhaps for the courage shown by the Liguri-Apuani population against the Romans. The borgo was therefore a Roman castrum, before being crenellated during the Middle Ages. The municipal door bears a lion on a red and white background, colors of the Republic of Lucca, of which Castiglione was the most important fortress in defense of the border with the Duchy of Modena.

Castiglione di Garfagnana, located not far away from Lucca and from the Versilia beaches, is a medieval fortress worth to be discovered. The gentle names of the two towers, Brunella and Campanella, should not let us forget that this was the most important defensive castle of the Republic of Lucca, defending the borders with the Duchy of Modena.

The overall vision is that of a fortified town, surrounded by craps and vineyards, and just beyond the chestnut woods and the green Garfagnana forests . Simply going a few hundred meters down the ancient via dei Molini, you can find the original environment of the Esarulo river, leaped over by a medieval XIV century bridge.

Entering the historical center from the drawbridge door, which leads into the castle square, you will find the Renaissance Palace of Parliament (1509), the seat of the Vicar and today the Town Hall, with the well and the ancient fountain of the Pilon inserted in the façade, and on its right the Nobili palace. Immediately the eye is caught by the church of San Michele, consecrated in 1403, with its late Gothic façade made of gray stone, red and white marble; the interior, originally Romanesque, has undergone through restorations in the eighteenth century that gave it a total transformation. The most important work that here is preserved is the Madonna and Child by Giuliano di Simone di Lucca, painted in 1389 in tempera on panel, a valuable testimony to the Lucchese painting. Also remarkable are the Carrara marble ciborium containing the “holy oil”. Worth a visit are also the wooden IXV century Crucifix and the wooden statue of the Madonna and the Child, recently restored.

The other religious building worthy of attention is the church of San Pietro, built nearby the overlooking fortress, that preserves three wooden statues of Saints Peter and Paul and the statue of the Beata Vergine del Carmelo (1515), the work of Vincenzo Civitali. The church also preserves the main altar decorated in gilded wood and a seventeenth century frontal.

Do not miss to visit the fortress, an impressive structure with three towers, one of which is the dungeon. From here you can have a spectacular panoramic view of the whole basin of the Garfagnana area with the Apuan Alps as background.

Fresh and dried chestnuts, “neccio” flour certified as Dop (obtained from chestnuts stone grinding, the basis for chestnut cakes and biscuits) and the jam. From undergrowth arrive porcini mushrooms, raspberries and blueberries; widespread scorzone truffle. Do not miss to taste local meats and pecorino cheese accompanied with potato bread. The most famous dish is the chestnut polenta ( a kind of cornmeal mush) accompanied with boiled pork bones.

What is “BORGO”. The literal translation of Borgo in English would be “Village”. But the term Village does not fully explain what a “Borgo” is. A “Borgo” is a fascinating small Italian town, generally fortified and dating back to the period from the Middle Ages to the Renaissance.
Category: Toscana22 January 2018