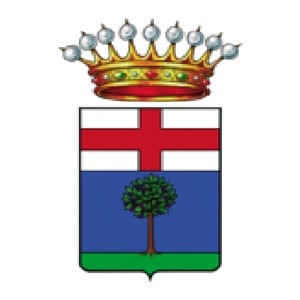 Originally the name was Aprumacum, from prunus, “plum tree”, which in local dialect is called Brigne. Brigne was later modified in Brugnato.

Surrounded by the ”Montemarcello Magra” natural park, Brugnato was born near the Vara river.

The Cathedral was built with two aisles divided by columns, on the ruins of two previous churches, probably dating back to the Byzantine period (6th century). It is embellished with three stone faces representing Saints Peter, Lorenzo and Colombano, to whom the cathedral is dedicated. On the third column there is a 15th century fresco of Sant’Antonio Abate. Recent restoration has brought to light a valuable 16th century fresco, the “Presentazione di Gesù al Tempio” (The presentation of Jesus in the temple).

In 1133 the Episcopal Palace, next to the cathedral, was the bishop’s dwelling. Today this Palace houses the Diocesan Museum.

Other religious buildings worth a visit are: the Oratory near Porta Soprana (now dedicated to San Bernardo), the Oratory of Saints Rocco and Caterina, near Porta Sottana, the Franciscan monastery with the Church of San Francesco,completed in 1635, and the Sanctuary of Nostra Signora dell’Ulivo.

The Romanesque bridge over the Vara river, probably of Roman origins, was the link between the Apennines mountains and the sea.

What is “BORGO”. The literal translation of Borgo in English would be “Village”. But the term Village does not fully explain what a “Borgo” is. A “Borgo” is a fascinating small Italian town, generally fortified and dating back to the period from the Middle Ages to the Renaissance.
Category: Liguria22 January 2018