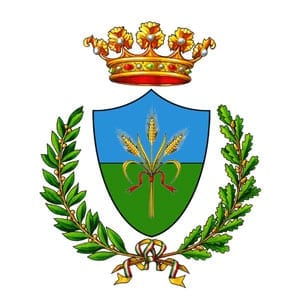 The ancient name of the borgo was Campofreddo (meaning “cold field”), later it was changed in Campo Ligure (1884).

The Castle has been restored and is now used for concerts and cultural events. The walls were built during the 12th century, while the tower is more recent. It was restored in 1310, then it was abandoned in the 18th century.

Entering the old town from the main street, you will see the Oratory of Saints Sebastiano and Rocco, built in 1647 in Baroque style. It houses beautiful paintings, such as the ”Martirio di San Sebastiano” by Domenico Piola’s School. During the Christmas period the oratory houses an interesting Nativity scene.

In the square dedicated to ”Martiri della Benedetta”, between the main square and the castle, there is the Oratory of Nostra Signora dell’Assunta (first documented in 1585). The building was severely damaged when it was set on fire by the Genoese and Corsican troops in 1600. It was rebuilt during the 18th century and embellished with altars, wooden decorations, artworks, statues and a crucified Christ.

On the main square of the old town you will find the Church of the Natività di Maria Vergine, and Palazzo Spinola: the parish church preserves a painting by Bernardo Strozzi. Palazzo Spinola, with its elegant façade, was built in the first half of the 14th century by the Spinola Marquis, then it was expanded in 1693.

The medieval bridge that crosses the Stura river was built in the 9th century but then it was rebuilt due to the frequent floods. The last reconstruction of the bridge was made in 1841, the current structure is very similar to the former one.

Campo Ligure is one of the major European centres for the production of filigree, for which there is a museum and an annual exhibition in September. The local dishes are: revzora, a kind of flat bread made with corn flour, bazzurra, a soup with milk and chestnuts, and pute, cornmeal mush cooked using vegetable broth.

What is “BORGO”. The literal translation of Borgo in English would be “Village”. But the term Village does not fully explain what a “Borgo” is. A “Borgo” is a fascinating small Italian town, generally fortified and dating back to the period from the Middle Ages to the Renaissance.
Category: Liguria22 January 2018