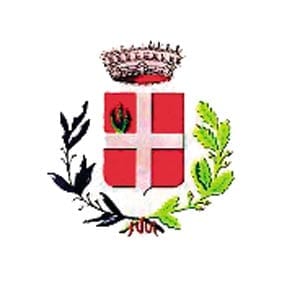 The name Bettona has uncertain origins, it may derive from the  Phoenician word Bethona meaning “marital home”, or more probably from Vetus “ancient”, which derives from the Etruscan Vetumna, meaning “the old country “, referring to a population living here before the arrival of the Etruscans.

Bettona rises on a hill in the heart of Umbria, from here you can have a beautiful view of Perugia, Assisi, Spello, all located within a distance of about twenty kms. Bettona is an interesting place to discover and not only the ideal starting point for visiting the best known tourist destinations. Medieval traces can be found all over this fascinating borgo. The historical center is completely surrounded by walls, which were partly built over the former Etruscan ones, composed of large squares of sandstone.  Amongst the oldest monuments there is the Church of San Crispolto, built by Benedictine monks in the early thirteenth century in order to preserve the body of the first bishop and martyr of Umbria. The Church has a Latin cross design and the current façade by Stefanucci Antonio, a pupil of Vanvitelli dates back to the nineteenth century. Of the early Roman structure only the pointed bell tower remains. The Oratory of S. Andrea dates back to the same period, but it has been rebuilt several times and has lost its original form; inside you can admire the beautiful sixteenth century coffered wooden ceiling, an eighteenth century altar and a very interesting series of paintings by the Giotto school, depicting the Passion of Christ, dated 1394. The most important Church is the Collegiate Church of S. Maria Maggiore, built at the dawn of Christianity, enlarged and consecrated again in 1225, it was restored to its current neoclassical style during the years 1803-1816. Of the original Roman-Gothic structure only a chapel remains. The high altar, adorned with a ciborium shaped like a temple with a dome, the apse and stained glass windows are noteworthy. Examples of civic architecture are the Palazzetto Podestà, built in 1371, which today houses the Municipal Picture Gallery; Palazzo Biancalana, of the first half of the XIX century, in which work is in progress to create an Archaeological Museum that will be annexed to the current Picture Gallery; Palazzo Baglioni, where on Christmas Eve 1531 the condottiere Malatesta Baglioni IV died, his family remained the masters of Bettona from fifteenth to the seventeenth century. Just outside the borgo there is the Villa del Boccaglione (XVIII century) designed by Piermarini and the Romanesque church of S. Quirico. And lastly the place where the history of Bettona began, today a private home is the Abbey of San Crispolto, founded by Benedictine monks around the year one thousand.

Fine wine and olive-oil, products related to farming and pork.

What is “BORGO”. The literal translation of Borgo in English would be “Village”. But the term Village does not fully explains what a “Borgo” is. A “Borgo” is a fascinating small Italian town, generally fortified and dating back to the period from the Middle Ages to the Renaissance.
Category: Umbria22 January 2018