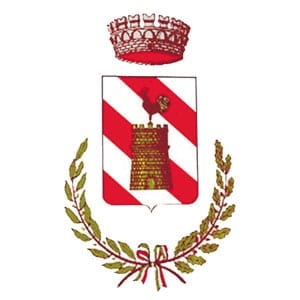 Lengueglia was the name of an important local family, the actual name Lingueglietta is a modification of Lengueglia.

Located between the olive trees and the beautiful road of the Batterie where you can almost smell the sea, with the characteristic carruggi, the typical Ligurian alleys, recently renovated and paved, oriented in a longitudinal direction and connected with ramps and steps covered by medieval vaults and arches.

Once the centre of the city life was the Civic Lodge, under the archivolt that maintains the stone gauges for oil, wine and corn. This ancient borgo has developed around the castle and the medieval church.

The built-up area, made of narrow alleys which wind down to the countryside, are what  remain of the Feudal age; here you admire the thirteenth-century ruins of the ancient castle of the Lords of Lengueglia, from the square in front of the Parish Church.

Dedicated to the Nativity of the Virgin Mary, the church shows signs, on its façade, of many renovations. The stone core dates back to the thirteenth century, whereas the front porch and the marble portal date back to the seventeenth century. The interior, with one nave and two aisles, is very interesting thanks to the presence of several different styles, and preserves ancient frescoes. The beauty of this church lies in the succession of naked stone and  plaster.

Down along Via Marconi, you have a panoramic view of the below San Lorenzo valley , and also of the sea.

At the end, you can see the apse of the late-Romanesque Church of San Pietro that has been perfectly restored. Transformed into a fortress in the sixteenth century, the church is one of the rare examples of its kind in Liguria. The church-fortress harmoniously blends its religious medieval architecture with its military structure from the  Renaissance period. The apse, which is still intact, bears witness to an ancient effort to make the massive stone walls less imposing. The interior, with one nave, has the original slabbed flooring. The fortification of the church included a communication trench on the top of the building, which is now a peaceful sentinel over the valley, and the construction of two watch-towers on the corners. The small bell tower is also the result of this intervention.

Another important project is the restoration of Torre Gallinara, a sixteenth-century tower of military engineering, built to defend the borgo from the Turkish pirates.

The local product is the excellent Extra Virgin Olive Oil. The local dishes are soups and different types of meat (especially rabbit or boar).

What is “BORGO”. The literal translation of Borgo in English would be “Village”. But the term Village does not fully explain what a “Borgo” is. A “Borgo” is a fascinating small Italian town, generally fortified and dating back to the period from the Middle Ages to the Renaissance.
Category: Liguria23 January 2018