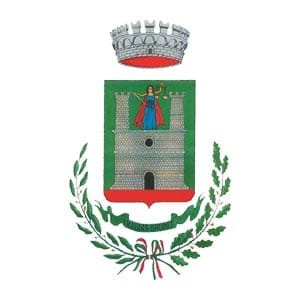 Castro derives from the Latin Castrum, fortified place, castle. In 1872 “dei Volsci” was added, referring to the people living in this area in pre-Roman times.

Life runs smoothly in the alleyways of this borgo of Ciociaria, perched on a hill overlooking the Sacco Valley. Here was the border between the Papal State and the Kingdom of Naples, and the inhabitants of the borgo, who are used to sit in front of the house doors to watch the people walking around, have ancient ancestors: the Volscis, who came here through river ways around the 5th century BC and were then incorporated by the Romans. The Roman settlement area was the plain of Casale, where between 542 and 552 dC the Benedictines founded the monastery of St. Nicholas, about twenty years later than the Montecassino Abbey. On the oldest walls of the church are traces of frescoes in Byzantine style dating back to the 13th century, with scenes from the Old and New Testament. Towards the year 1000 the danger of raids and devastations forced the Casale’s community to abandon the valley and to refuge on the fortified hill where today  Castro dei Volsci lies. The original city walls, inside which is the church of Sant’Oliva, are still visible from the loop of the Civita street. The outer wall circuit is accessed through four gates: Porta della Valle, del Ferro e dell’Ulivo allow access to an outer circuit, while Porta dell’Orologio enters the second inner wall circle. Through Porta della Valle you can enter a rarefied atmosphere, surrounded by narrow, twisting lanes, paved in “cotto” brick and lined with bare stone houses. Medieval arches, workshops and portals recall the times of the Colonna family, the owner of the fortress of St. Peter, whose remains are adjacent to the church of Sant’Oliva, with the altar sacred in 1537. The bombings of the second World War only grazed the village without destroying it. Inside the walls is also the church of Santa Maria, of uncertain origin, dating perhaps in the second half of the twelfth century. The most precious objects are a lily-sculpted carved marble aqueduct and the eighteenth-century organ. In the Archaeological Museum are exposed marble finds from the Roman villa of Casale di Madonna del Piano. In 1998, during the restoration of the Paleo-Christian basilica, a marble slab of the 3rd century AD was found, part of  the front of a sarcophagus.The borgo is surrounded by a beautiful landscape rich of water, that descends along the hillsides down to the Sacco River valley. From the plain up to the 1,116 meters of Monte Calvilli, you go through white limestone or hills covered with woods. Rural areas, made of mosaics of different crops alternating with pastures and vegetation, are rich in biodiversity: invertebrates,  insects, butterflies, many species of birds and night predators are the inhabitants of this area, which also has a high value Botanical: in the area of Monte Calvo there are rare specimens of purple, lily and narcissus. Part of the territory falls into the regional natural park of the Ausoni Mountains and Lake of  Fondi, which houses the Roman Temple of Jupiter Anxur, with spectacular views of the Circeo and Gaeta promontories and the island of Ponza.

From the simple dough of wheat flour, water and eggs come  the delicious dishes such as the fini finifettuccine, seasoned  with chicken and tomato sauce, or the sagne , another typical homemade pasta served with beans and pork rind. A traditional dish is also the bread soup, accompanied by seasonal vegetables. Worthy to taste is the pork sausage, seasoned with garlic and orange skins.

The borgo becomes a crib on Christmas holidays, when the old shops are opened and the inhabitants wear the typical costumes. 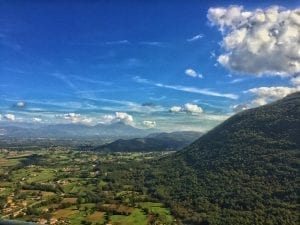 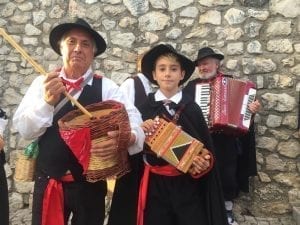 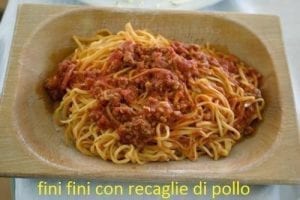 What is “BORGO”. The literal translation of Borgo in English would be “Village”. But the term Village does not fully explain what a “Borgo” is. A “Borgo” is a fascinating small Italian town, generally fortified and dating back to the period from the Middle Ages to the Renaissance.
Category: Lazio13 January 2018