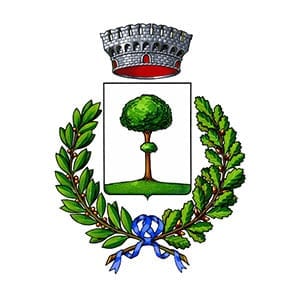 The name Sabbioneta derives from the Italian word sabbia (sand): Vespasiano Gonzaga Colonna built this new town on the reclaimed sand in the 11th century.

Known as ”the small Athens”, the Renaissance Sabbioneta is in effect a “small Rome” because it was designed by Vespasiano Gonzaga Colonna using the model of ancient Roman cities. In 2008, Sabbioneta was inscribed in the UNESCO World Heritage List as a perfect example of practical application of Renaissance urban planning theories.

The entrance to the Borgo is from Porta Vittoria (1567) with a marble façade and exposed brick. From here you can easily reach the Church of the Incoronata ( 1586- 88) with an octagonal plan, that houses a bronze statue of the Duke made by Leone Leoni.

In the rectangular piazza Ducale, bordered to the south by a portico with arches that culminates in the west side with the Palace of the Cavalleggero, and to the north with the Church of the Assunta (built in1578 and upgraded in 1767).

Palazzo della Ragione, the ancient residence of the Community, and the Ducal Palace, centre of public and administrative life of the small state of Sabbioneta,  was made in two steps (1556 and 1590), it has got four levels. The celebratory inscription ”VESP. D. G. DVX SABLON. I. ” means : Vespasian first duke of Sabbioneta with the grace of God. The building is really luxurious: the rooms on the ground floor have got many wooden and golden elements, such as the Hall of the Duca d’Alba also called the Golden Hall (where there is also an impressive fireplace supported by lions in pink marble), and beautiful frescoes, then the first floor, with the Hall of the Eagles, where there are four surviving statues of the Cavalcade, the series of wooden equestrian statues made in 1587 by a Venetian artist to celebrate the military virtues of the Gonzaga’s.

In piazza San Rocco there is the namesake church with the frescoes of John Morini and the Synagogue, located on the second floor of a group of houses that were the ancient Jewish agglomerate, it was built in 1824 and restored in 1994.

The filos are typical of Sabbioneta, cookies with lard and mint or chocolate.

Agnolini (a type of tortellini) with broth and meat, and tortelli with pumpkin are the typical dishes but you can find also donkey or pike.

In this area there is an excellent wine: ”Lambrusco di Sabbioneta IGT”.

What is “BORGO”. The literal translation of Borgo in English would be “Village”. But the term Village does not fully explain what a “Borgo” is. A “Borgo” is a fascinating small Italian town, generally fortified and dating back to the period from the Middle Ages to the Renaissance.
Category: Lombardia5 March 2018