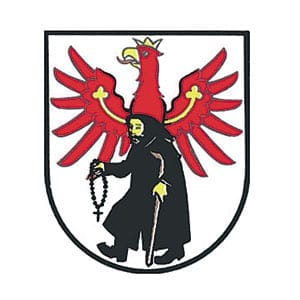 The name Sterzing is a mystery for historians. The name could be connected to the legendary ”Sterzl” (or ”Starz”), a lame pilgrim (present in the village’s logo). Other historians think that in the Roman city of Vipitenum there was a mint, so the name Sterzing could derive from the name Sesterzi (the name of the Roman coins produced in Vipitenum).

The borgo rises along the Brennero road, the most important communication road between Italy and Germany. The structure of the borgo has remained nearly unaltered since the 13th century, but unfortunately only short tracts of the city walls remain.

Torre delle Dodici was built between 1469 and 1473 but it was rebuilt in its current form after the fire of 1868. Near the tower there is the Jöchlsthurn, a beautiful late Gothic style edifice which now houses the Mines Museum.

The town hall (same period as the tower) was completed later (1524) with its polygonal corner Erker topped by merlons.

Milk, butter and yoghurt produced by the famous Vipiteno dairy cooperative. Speck, canederli (a sort of dumpling), mushrooms and krapfen.

What is “BORGO”. The literal translation of Borgo in English would be “Village”. But the term Village does not fully explain what a “Borgo” is. A “Borgo” is a fascinating small Italian town, generally fortified and dating back to the period from the Middle Ages to the Renaissance.
Category: Trentino - Alto Adige30 December 2017