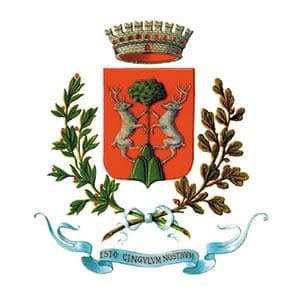 The name derives from the Latin Cingulum that means “rocky spur”.

The old centre of Cingoli is a perfect combination of the warm colours of the façades and the austerity of stone Renaissance portals; there is a peculiar calm and timeless atmosphere, as most of the town centre is closed to traffic and thanks to the great scenic views.

Piazza Vittorio Emanuele II is the heart of the borgo, here you can admire the Town Hall and the Cathedral. The Town Hall was built in different periods: the most ancient structure probably dates back to the 12th century. The Cathedral, dedicated to Santa Maria Assunta, is on the site occupied until 1615 by the small church of San Salvatore. The inability of the church of Santa Maria (today San Filippo) to accommodate a growing number of faithful, led the ecclesiastical authorities to start the building of a larger church that was consecrated in 1654.

You leave the church and take Via del Podestà, with the 15th century Palazzo Conti overlooking the square with the same name.

Continuing down the road, you can admire on the right the Church of San Filippo Neri with its Romanesque portal; it was built in Baroque style on the ruins of the old pieve of Santa Maria.

Coming back to Piazza Vittorio Emanuele II, on the right side of the cathedral there is via Foltrani with its beautiful Renaissance palaces that belonged to the noble families of Cingoli.

A little further down, you’ll arrive on the wide square dominated by the Church of San Domenico. On the high altar of the church there is a canvas depicting Our Lady of the Rosary and Saints from 1539, one of the most complex and beautiful artworks by Venetian painter Lorenzo Lotto.

Down among the Renaissance houses of Via dello Spineto, you’ll get to the Church of Santa Caterina D’Alessandria, outside the city walls, dating back to the second decade of the thirteenth century.

From Via dello Spineto you can admire the Quartiere della Polisena, which is the oldest quarter of the borgo, with its steep narrow streets paved with irregular stones.

Leaving the municipal building on your right, you enter via Maggiore, the main artery flanked by remarkable noble palaces. In the middle of the street, on the right, next to the building that housed the church of Santa Maria in Valverde, there is the beautiful Maltempo Fountain. Shortly after on the left, the seventeenth-century Castiglioni palace, in its travertine façade, stands out imposingly.

Before ending with Porta Piana, erected in honor of the fellow Pope, Corso Garibaldi opens onto a small square, with the ancient church of San Nicolò, built after 1218 to avoid that the parishioners of Sant’ Esuperanzio walked during the winter the uncomfortable road that led to their church.

The collegiate church of Sant’ Esuperanzio, the most famous monument of Cingoli, rises outside the city walls. The bare grey stone façade is adorned with a rose window and a wonderful Romanesque portal carved by master Giacomo in 1295, as can be read in the Gothic inscription on the architrave. On the right of the church stands a side of the ancient cloister, supported by cylindrical pillars and run from a low loggia. The interior is characterized by a unique hall divided into seven bays, and on the bottom is the grandstand, built at the end of the sixteenth century and supported by two columns of Romanesque style. The presbytery was raised at the end of the seventeenth century to obtain space for the crypt, where the relics of the saint are preserved.

Outside the walls the sanctuary of Santa Sperandia is also worth seeing (thirteenth century), which preserves the body of the saint, Benedictine nun born in Gubbio and died in Cingoli in 1276. The courtyard, flanked by high walls, leads to the entrance of the church, where there are remarkable paintings such as Pier Simone Fanelli’s Miracle of Cherries and the Madonna with Child and Saints by Antonio da Faenza.

Good extra virgin olive oil that is produced at Troviggiano.

Among the local specilaties, the parmigiana di cardi and the crescia are worth to be tasted.