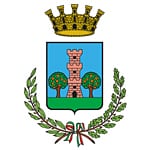 Documented since the beginning of the eleventh century, the borgo was known as Grocte or Grupte, and later Crypte or Grupte a mare.

Previously it was documented as Supportica or Subportica, which can been seen in the area of the old Incasato (an ancient complex of houses belonging to the castle), while the word Grotte (“Caves”) probably corresponds to an area of ancient fortifications, the remains of which are still visible today.

Still visible on the hill, the remains of the 11th century fortress that dominates the old embankment (called Incasato in local dialect) tell the ancient history of Grottammare. The soft lights that light up the cycle-path and the wind that blows between the leaves in the viewpoints, give back to the place the silences and the sweetness that have enchanted Liszt and other famous residents.

It is possible to visit the borgo going along two different routes. One on the signs left by Pope Sixtus V, and the other that at the discovery of the sculptures of Pericle Fazzini.

Walking through the Madonnina park you will get to the old Incasato where you can admire the portrait of Mario Rivosecchi, dedicated to the poet, which was sculpted by Fazzini. Carrying along the path under the walls, among the scent the of orange groves, you’ll get to the Church of Sant’Agostino, where there is a beautiful Via Crucis by the sculptor from Grottammare.

Continuing on, you will get to the Torrione della Battaglia, which is a recently restored sixteenth century fortification, where you can admire some other artworks by Fazzini.  It houses a collection of 250 pieces, including drawings, bronze scale models and lithographs, that bear witness to the complex artistic journey of the sculptor and that culminates in the silver scale model of the famous Resurretion from the Sala Nervi in the Vatican.

Entering the narrow streets of the borgo you can see three buildings, all linked to Pope Sixtus V: the Church of San Giovanni Battista, that includes the Sistine Museum which houses a collection of  objects that were donated by the Pope to his hometown; the sixteenth-century Church of Santa Lucia, which was built by order of Sixtus V next to his house and which preserves a beautiful 1752 organ by Francesco Fedeli; and finally the eighteenth century Teatro dell’Arancio, also skilfully restored.

Leaving the upper part of the borgo and going down to the marine, you should focus on the typical Art Nouveau villas most of which can be found in Viale Colombo that was built in 1890 under the name of Viale Marino, and today has been repaved using porphyry and white Carrara  marble. The promenade is considered one of the gems of the Ascoli Piceno Riviera,  it is lined with a lush row of palm trees, imported from Canary islands at the beginning of the twentieth century.

Finally, the romantic itinerary, that of Liszt. Starting from the eighteenth-century Palazzo Fenili, where the Hungarian musician once lived, and which currently houses the Police Station, carry on to the city centre where you will find the Church of San Pio X, which was designed, along with the marine, by Pietro Augustoni in 1779. It is in this church that Liszt attended Mass and played the Callido organ, astounding all those that were present. The recently restored square, brings you back to Pope Sixtus V, dominated by his bronze effigy by Aldo Sergiacomi (1984).

The tour continues with Palazzo Laureate, which was one of the first villas of the marine and where the young Laureati Marquis organized parties in honour of Liszt, and where in 1860, King Vittorio Emanuele II stayed.

The visit ends with Vedetta Piceana, which is a rustic villa in a panoramic position on the hill, where concerts were held in the moonlight and which preserves the piano played by Liszt.

Typical of Grottammare is the frustingo, a Christmas cake made with dried fruit that combines flavors and aromas of many ingredients, from dried figs to raisins, from almonds to walnuts and cooked wine, from candied fruit to spices.

Among meat dishes, try the timbale and the characteristic meat olives and fried cremini.

In Summer time, among the many initiatives, one of the most popular is The Humour festival.

In Viaggio con Dante is an event  created in 2006 which offers an original reading of Dante’s songs accompanied by music).

The prestigious Liszt Festival, founded in 2003 to honor the memory of the Hungarian master in Grottammare, is also very important: it has become an important international showcase for Liszt virtuosos and performers. During the festival, the restaurants of the old town prepare romantic candlelight dinners to revive the Franz Lizst harmonies in the moonlight.