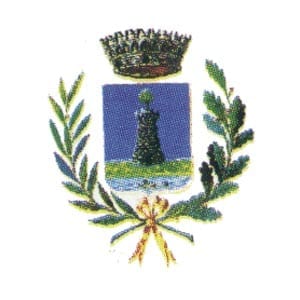 The place name probably derives from the noble Arroni family, who founded the borgo at the end of the ninth century, as documented in the tenth century as “dominus castri Arroni“, with reference to a member of the family.

Arrone is situated on a rocky hill along the left bank of the Nera river, a short distance from the Marmore waterfall.

Once an important commercial meeting place on the route between the Duchy of Spoleto and Abruzzi, today it is a place of great charm, not only for its medieval appearance, which is typical of many towns in Umbria, but also for the environmental context in which you can see its ancient remains.

The Nera River Park, with its deep green colour, is full of water, trees and a perfect habitat for animals such as solitary sparrows, which come back to nest in the abandoned farmhouses, and the rare harrier eagle, a bird of prey of the Appennines. Old Roman mills, medieval monasteries and hermitages and industrial buildings of archaeological interest such as the lignite mine in the hamlet of Buonacquisto, together with silvery olive trees, surround Arrone, which is a “hillock castle”, similar to others in this area.

The oldest central part of the borgo was built around the castle, of which the original medieval defensive structure is still visible today; it was built by the Arroni family in the ninth century;. The borgo is surrounded by a system of towers and walls placed to defend the road which connected the territory of Rieti with Spoleto.

Arrone includes two ancient settlements, called La Terra and Santa Maria, and a  third more recent one, which fortunately is peripheral and located along the road to Polino.

The first settlement, La Terra, bears witness to its past as a defensive stronghold  thanks to  the Arroni Castle. Within its walls you can admire the gothic Church of San Giovanni Battista, the polygonal apse preserves wonderful fifteenth-century frescoes that were influenced by Filippo Lippi.

Near the church is Porta San Giovanni, characterized by a Gothic pointed arch, which connects the two ancient hamlets.

Walking along  Via del Vicinato, you can see traces of time passing. The Torre degli Olivi, the civic bell tower and the sixteenth-century Church of Santa Maria Assunta with its fifteenth century portal, frescoes and terracotta statues.

The hamlet of Casteldilago, another hillock castle, was built on a rocky spur near a dried up lake. It has maintained almost intact its original structure, which can be seen in the narrow winding streets that are surrounded by a magical silence.

Here you can see the beautiful Church of San Valentino and, halfway up the hill, the interesting Church of San Nicola, that preserves frescoes by the school of Giovanni Di Pietro also known as “Lo Spagna.”

Finally, a panoramic itinerary leads to the Sanctuary of the Madonna dello Scoglio, built in the sixteenth century under an overhanging ridge around an image of the Madonna painted on the rock, from where you can appreciate a splendid view of the whole of the Valnerina.

The area of the Nera River Park, thanks to organic farming, offers high quality products.

Wild berries are abundant and  honey is excellent, as well as the pecorino cheese and the famous Valnerina sausages.