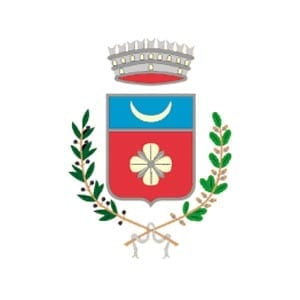 The name derives from the Latin name Statio ad Martis – from which Vicus Martis and Civitas Martana – designating one of the main Roman stations on the Umbrian tract of the Via Flaminia.

Seriously damaged by an earthquake in 1997, ten years later Massa Martana closed this dramatic chapter by recovering anything that was useful to restore its dignity of  ancient Roman borgo.

The Castrum was built in the Early Middle Ages on a cliff at the foot of the Martani mountains, today it preserves the castle walls and some interesting  civil and religious buildings.

You can enter the historic centre from the large door that looks onto Piazza Umberto I, which is decorated on the right side with carved stones and on the upper part with the municipal coat-of-arms.

Beyond the door, just to the right, is the church of San Felice while on the other side of the square there is the building that housed Giuseppe Garibaldi and his wife Anita in 1849.

Going on along Via Regina Margherita, you can see, on the right, the Church of San Sebastian and the nearby sixteenth-century Palazzo Comunale (Town Hall), which was restored at the of the end of the nineteenth century, and an elegant bell tower.

The most beautiful churches are all outside the Old Town, such as the Abbey of San Fidenzio and Terence and the nearby Church of Santa Illuminata. This building dates back to the IX-X century and  was built by the Benedictine monks that managed it until the end of the fourteenth century.

You can admire the thirteenth-century square stone façade with red and white brickwork and the bell tower; the interior is also interesting. The Church of Santa Illuminata with its adjoining convent dates back to the eleventh century and has a round portal on the front.

The Church of Santa Maria in Pantano is important enough to be considered one of the oldest and most evocative religious buildings in the mystical land of Umbria, it has been known since the VII-VIII century.

The fourteenth and fifteenth century façade is enriched by the rose window, the three-aisle interior preserves cinerary urns, inscriptions and Roman fragments; it is also possible to admire a great Corinthian capital, the cippus of the altar and frescoes on the walls.

In the hamlet of Viepri, just a few kms wawy, worth visiting are the Abbey of San Faustino, built on the ruins of an ancient Roman villa and the Church of Santa Maria delle Grazie, built at the end of the fifteenth century, with its rectangular façade and sailed tower. The compact architecture of this hamlet also reveals a preserved Abbey, which was built around 1150 in a Romanesque style, and part of the castle built in 1380, in which you can find the church of San Giovanni.

In this area there are two other castles, or fortified hamlets: Colpetrazzo (XIV-XV century) and  Montignoso, both having a panoramic position.

Last but not least is the Church of S. Pietro sopra le Acque, a seventeenth-century convent with restored frescos, which today is the perfect residence for “slow” visitors who want to enjoy the serene beauty of Massa Martana.

The nociata is a kind of nougat made from walnuts, honey, egg white and orange peel, which is then wrapped in laurel leaves; first made in Café Ranucci, it was created by a waiter on return from Copenhagen.